[Poll] What would be your preferred shape for elves heads

What shape would you prefer for elves heads.

I precise that the more you want them to be different, the more work it needs to convert from human to elves and with extreme difference (like in Skyrim) conversion is almost impossible without redoing all the mesh.

Another constraint is that the volume of the skull, and its shape cannot be changed, otherwise all helmets and hairs would need to be reworked.

At one time elves were just like humans except they were on average shorter and their ear were pointy (think Mr. Spock). Then along came World of Warcraft and everyone had to try and outdo themselves with the points on the ears so ridiculously over-stretched they could fly with them (think Dumbo the elephant). So yeah, I voted other because my idea of elves is not part of that poll.

I’ve always preferred a general human shape with a slightly elongated chin and slightly pointed ears. The brow ridge is a little softer than on humans and the cheekbones less pronounced.

Thus, given those criteria, I had to vote other.

I chose “other” because I’m not sure how long those ears in option 1 are supposed to be. I think they should have human heads with pointed ears which shouldn’t really be much longer than a human ear. Horizontal ears are just plain stupid and I wish whoever came up with that idea gets ears like that and they get caught in a thorn bush! Ears like that are just as stupid as rangers with loop earrings.

The way the elf-ear evolution - ever-lengthening, growing more mobile (drooping down when sad, perking up when happy) - has been going is clear. It’s time we cut to the chase and acknowledge and implement the glorious next stage:

Prehensile ears. Wood elves should be able to hang off branches and still have their hands free. Spread the word! You heard it here first.

More seriously, I like to give elves slightly more triangular or heart-shaped faces than humans (no square jaws!), and slightly bigger and more tilted eyes. Seconding Pstemarie on less pronounced cheekbones and brow ridges, too.

I agree with Pstemarie, but I’ll add that, to me, the Dragon Age and Skyrim elves more than satisfy that criteria. There’s no reason why there couldn’t be different elven facial bone and ear structures in the same setting. Plus a human with some elven features can readily serve for half-elves. So I’d just suggest you just do whatever the heck you want.

Forget the horizontal ears, I agree with Zwerkules that they are just stupid looking. The very long ears would preclude you from wearing any type of head gear, such as helmets or hats. TR idea of the Mr. Spock ears are more like a half Elf. Remember Mr. Spock is half human. So a slightly longer ear makes more since. The Ears should not stick up to high or they will not allow a helmet. I like Pstemarie’s and the Barbarian’s idea for facial features. The Elves have always been called the Fair folk for a reason. I slightly squaring of the jaw on male elves would not hurt either. That is my two cents worth. Good luck Krighuar just remember this is your project you do what you thank is best. 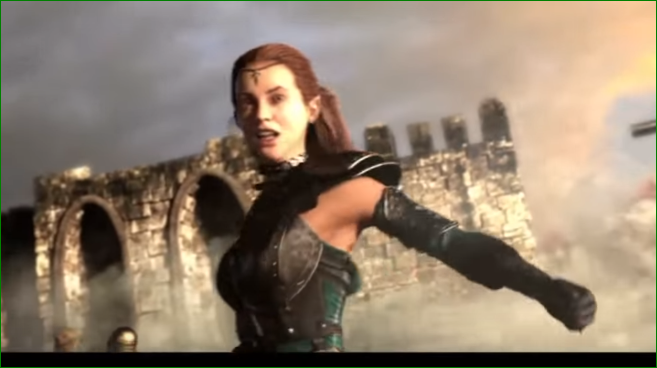 This is an Elven Shadowdancer from NWN 3.

I’m with pstmarie … but I accidentally pushed two options hence the miss voted human with flat.

This discussion is very instructive, please continue and thanks to all the participants.

That reinforce the idea I had about elves. If I put aside Skyrim elves who are very different from humans, my idea was to add pointy ears, and to work on the facial traits to make them less “square” or “round”.

As an example her is the latest head I did. In the screenshot below you have the human model to the left, end the elfe model to the right. 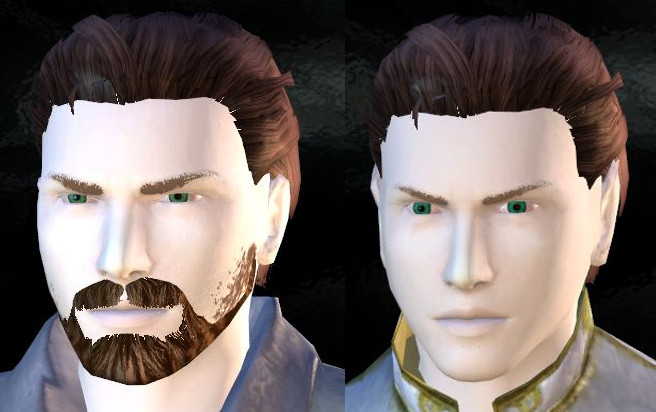 The differences are not huge. Here is what I did :

That elf looks great! You are definitely on the right track.

I always figured elves had almost unnaturally smooth skin since they can’t really grow a proper beard or anything.

According to Tolkien, Elves were supposed to be taller and thiner than Humans. I would go for modified Human heads with pointed ears and Human bodies, so all the nice clothes and armors available for Human bodies would be available for Elves too. A blessing for builders and modders as well.

Purists can always set height to 1.1.

Looks excellent! IMHO, a half-elf should be able to pass for either race so no significantly different model is needed for them. The elf you have is more than sufficient to be clear for those times when a hatless elf character is involved in a close up conversation.

The Original Elves of the Forgotten Realms the males could be up to 6 feet 4 inches tall and weigh as much as 180 pounds. They were kind of modeled after Tokien’s Elves. The funny thing was that Half Elves were slightly shorter and lighter than Humans. I hate the way Elves were done because their ears are always sticking through the hats and helmets.

Don’t be silly, no one looks up to me.

Greenman has pointed that elves are often called “fair folk”. The problem is how to make a head “fair”?

It seems that many contributors agree that the face should be less “angular”.

Soften the jaw and shin is not very difficult. The brow ridge are a bit harder to do but still doable in a short time.

Modifying the eyes orbit is more difficult and more time consuming. I would not do that for all heads.

All these changes make the head a bit more “feminine”, and I wonder if instead of softening the male version, I will not take a completely different road and make male elves from female head. I will do a test and see what it gives.