I need a carrion crawler for my module. What’s available is well…yeah, let’s just not say anything bad. So what’s a guy to do? Make his own.

Thanks to Diademus for the aboleth which served as the base. 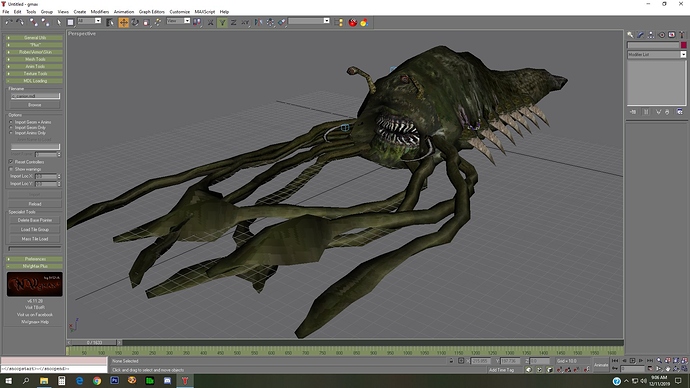 After some initial frustration - textures not rendering in game and the model crashing it to the desktop, I was able to fixes the pre-testing issues. Turns out 8 tentacles was 4 too many.So now its got 4. 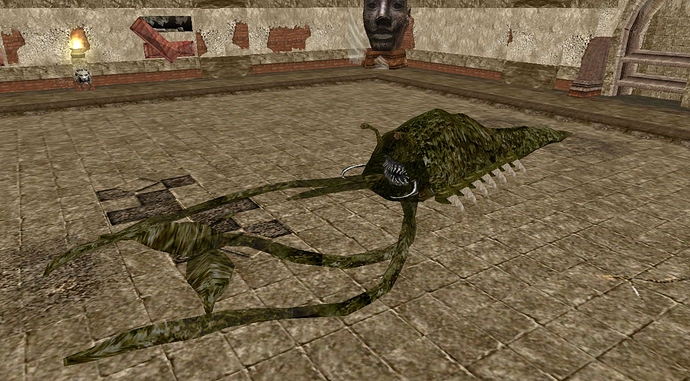 Carrion Crawler is done, moving onto… 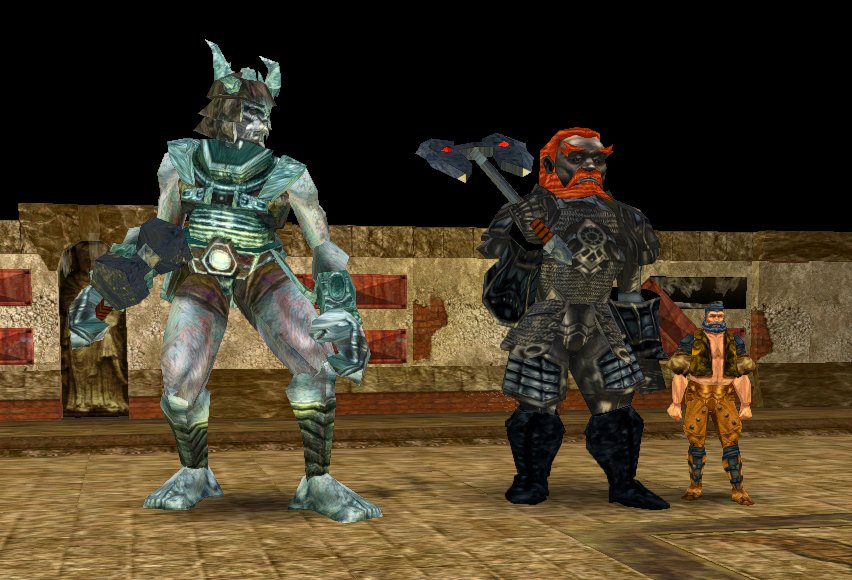 Fire Giants are described in the 3.0/3.5 rules as resembling dwarves that “…have bright orange hair. An adult male is 12 feet tall, has a chest that measures 9 feet around, and weighs about 7,000 pounds. Females are slightly shorter and lighter.”

While there are some prefab creatures out there - Project Q and LoW’s, I’ve never quite been able to get the look I desire until now.

What you end up with is a “fire giant” that roughly matches the physical description in the 3.5 MM with a much bigger array of options. Now your fire giants need not all look the same.

You can also do the same thing with frost giants. Find some suitable “Nordic” heads, put them on a dynamic human, color the skin and hair in pale blue and white, add some suitable armor and off you go. You can probably use the same script for scaling. I’ll give it a whirl and post a screenshot.

Frost Giant (scale factor set to 2.1). The head is from Project Q. 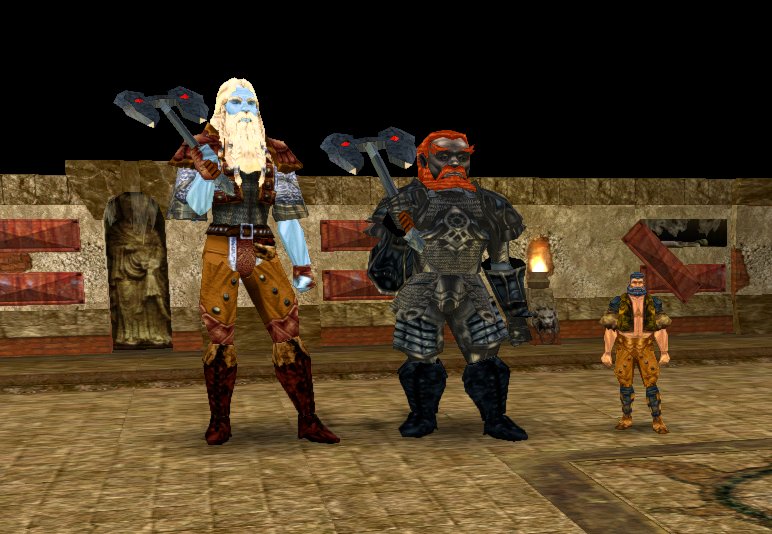 Careful with the scale factor that big. It only affects the visuals, not their hitboxes. Be sure it actually looks right when they’re fighting, and be sure to not put the monsters in an area with tiny passages - any passage a human can go through, your giant can also go through, with all the horrible visual clipping that follows.

Heh, yeah I forgot about the hitbox issue. I’m not too concerned about tiny passages as I can paint down triggers to keep them out of such places.

EDIT - Egads, yeah I see what you mean. The fighting is too close and the movement speed is all messed up. The speed can be fixed by increasing it, but not sure I can do anything about the personal space.

You can clone the appearance.2da entry for human/dwarf into a new line and adjust perspace values there. They should be able to share the models without any duplication, other than the 2da line.

E: Animation speed can be scaled with nwscript functions now.

What edition of D&D is that Carrion Crawler from? It’s just that being used to 1e, 2e and 3e monsters that looks strange to me. For example (from the 2nd volume of the 2e Monstrous Compendium) - 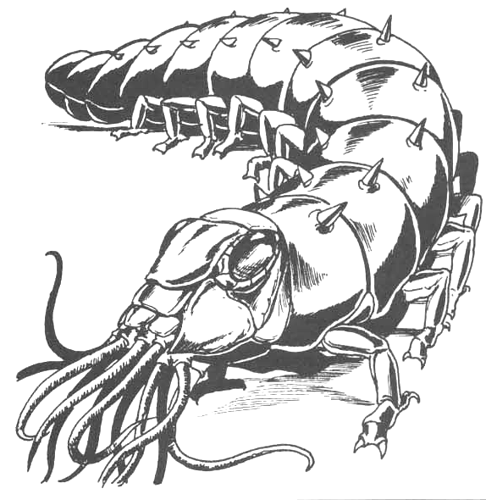 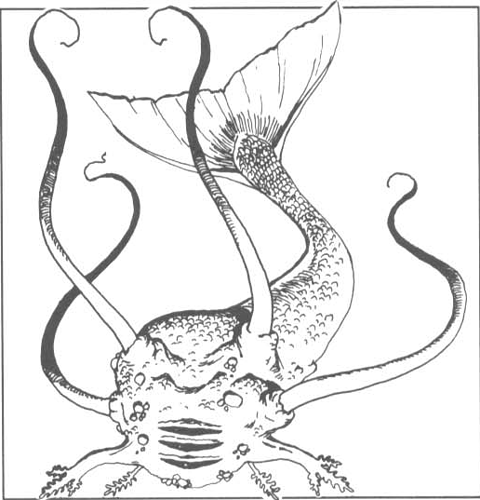 This is in no way meant as a criticism of your modelling ability, just to say it looks odd to me.

Thanks to Diademus for the aboleth which served as the base.

Tarot, you missed this part of the op. Yes, its based on an aboleth model and yes, it does look strange. 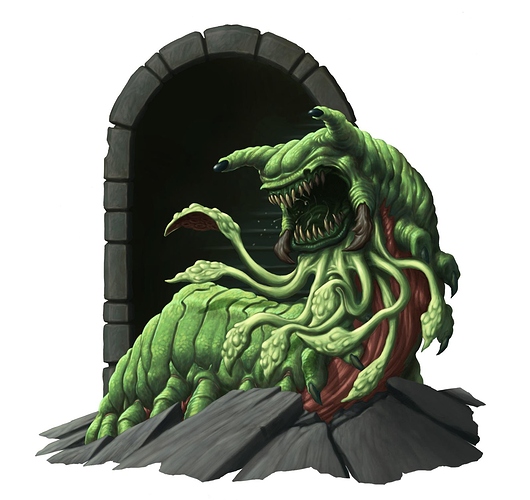 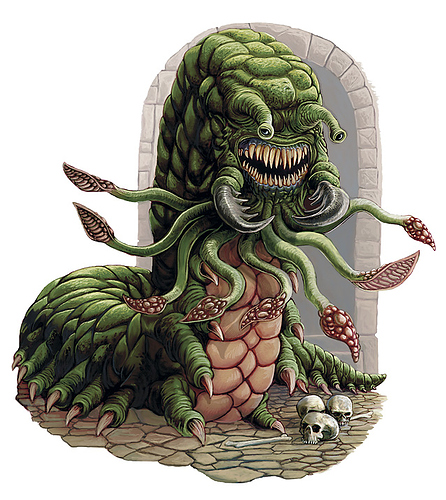 At this point, I was more looking for a placeholder until something more akin to what we all know comes along. Even so, I’ll prob use him as some mutant cross between an aboleth and carrion crawler and make it an area boss.

Anyway, this is the latest version of the crawler. I’m thinking if I take that hump down some and round off the tail it might look more like a carrion crawler and less like an aboleth. 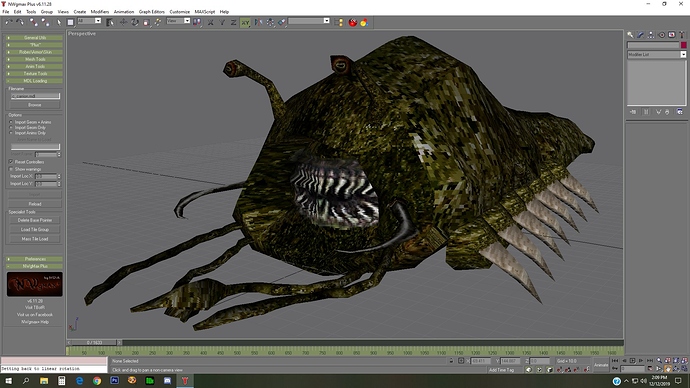 I could complain for yonks about the horrors I’ve unleashed from any moment my hand barely touches a skinmesh. See me accidentally figuring out that graphics driver bug when I was trying to get my Anurognathus done.

Anywho, I do love how the guy looks and it is clearly the 3E appearance of the crawler and not the 1, 2 or 5E wormier one which I am, admitably, a big enough fan of that I used every single version of it out there

Love to see those giant ideas fleshed out as well, especially for the missing giants as I’ve not been happy with the extant stuff NWN has for cloud or storm giants

The crawler is coming along well now that I’ve stopped messing with the skinmesh. His mandibles are much meatier and I’ve just about got the perspace and attack distance dialed in. 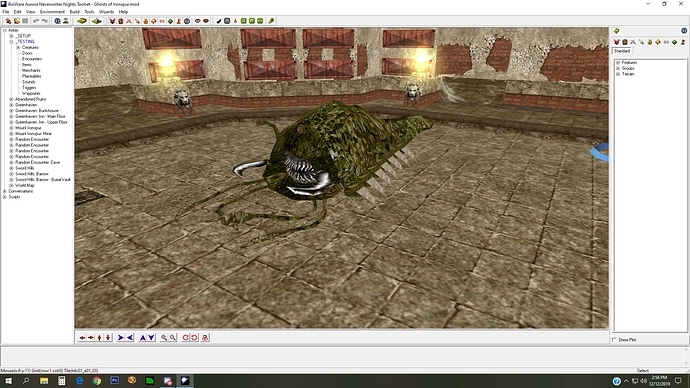 The giants are progressing as well. I’ve created an appearance.2da line for each - thanks @Sherincall - working off the scaling entries for dwarves and humans. The anims all look good and the perspace and attack distances appear adequate. The frost giant is the same height as the BioWare model and the Fire Giant is slightly shorter, coming to just a tad over the frost giant’s shoulders. 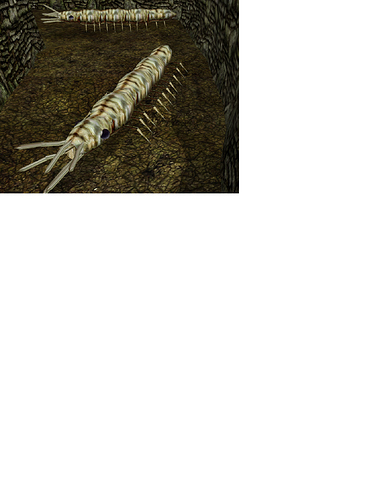 Old school carrion crawler. Have you seen this one? I think it’s better than the one above by far.

Yeah, that’s the one I made while I was working with Q

So, after a comment from @ShadowM and some further investigation, the model shown above this post is NOT the model I made for Q. That piece of junk is still sitting in a WIP folder on a thumb drive.

The model in that picture IS the model made by ShadowM which was added to Q at some point - could have been by me (who knows at this point). Its a perfectly good model with good animations. Sorry for the confusion.

I’ll now go back to extracting my foot from my mouth.

That’s great you made the one I posted the pic of. I’m grateful for it thanks. I still like it better than the one above you are working on now. I hate the new D&D artwork. I like the Old D&D 2ed artwork and the earlier one you made is really nice for me. Why not improve that one (new skin mesh and jaws, etc)…like the pic above from 2nd edition. I like how that one looks compared to the crappy artwork of 4th edition you are basing the new one on. Anyways…thanks for that earlier model.

I’m glad you like it. Personally, I hate it with a passion - almost as much as I hate skinmesh. Hence, the reason I never tried to skin it.

Ignore this comment, I was erroneously referring to a model I thought I had made.

I am grateful for all your contributions Pstemarie. I use lots of it in my own module I use with my friends. You really are a great person. I love what you are doing with the Frost giant and Fire giant above.

Keep up the great work…we appreciate it and you.

@Imtherealthing Seems “hate with a passion” was too strong. Anyways - Merry Christmas! 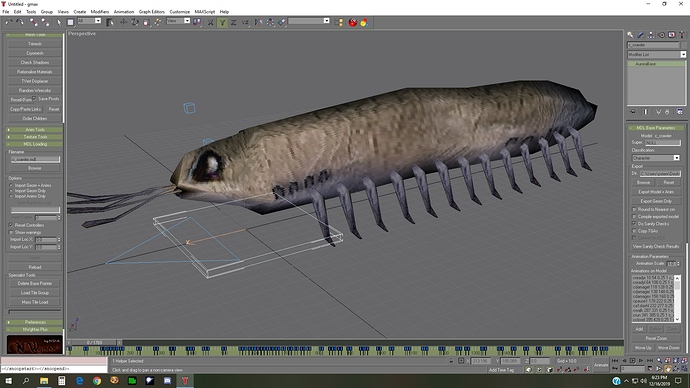 This is a rework of Diademus’ carrion crawler, taking his skinmesh, leg geometry, and tentacle meshes and placing it over ShadowM’s version as shown in the image posted above by Imtherealthing. Barring any issues, this is probably the one I’ll use as more than a few people think that other one is a little too over the top.

I actually just had a thought on the appear animation for this. Right now it emerges from the ground. Maybe I should have it drop in from above?