This is my first post on this forum. Hope you find some minutes to spare and help me and others out. Like the title suggest, I’m looking for a very specific configuration/set of mods for the official campaign and expansions. Is there some consensus about what are the best nowadays in my specific area of intererest?

For now, my only bet is Tony K AI improvements (Henchman Inventory & Battle AI Mod), for the AI tweaks department.

PS: There’re tons of lists in Steam, but I have failed to find yet the “essential” collection to make the game look better.

I don’t think there are any major visual enhancements that are unequivocally popular. NWN is unusual, in that most of the community effort goes into making new modules and PWs, rather than enhancing the OC.

There are lots of piecemeal visual mods, such as new weapon models and tileset facelifts, which you might like, if you have the time to collate them all. I’ve heard that there is a community team working on something like that, but I don’t think it’s ready yet.

I hear that Tony K is quite popular for the OC, but best to uninstall it before playing community modules, as it can break them.

Thanks Proleric for the quick and kind response!

I see there’re apparently quite a few ways/paths to achieve my goal. Hence, any opinions, personal tastes and further guidance would be more than welcome.

If I understand correctly, you can choose either the sum up/mix of several overhauls or(and?) a myriad of less ambitious, smaller modules.

Some examples about the overhauls:

Project Q (it seems that his author is no longer satisfied/happy with modding, sadly)
Beamdog HD packs
Jasperre’s Overhaul project

And the smaller mods:

Also, I don’t know where CEP 2 falls into the equation. Is it not mandatory for the bugfixes or tweaks, regardless of the mod setup/configuration?

I don’t know where CEP 2 falls into the equation. Is it not mandatory for the bugfixes

CEP 2 has no impact on the OC. It contains no bug fixes or overrides. It’s a very large library of custom content used by many community module authors, required by players only when running those custom modules. Nevertheless, CEP 2 is by far the most commonly used mod for NWN.

Whether using CEP 2 or not, it’s in the custom adventure modules that you will find curated custom content, which is much more diverse than the OC, and better-looking in some cases.

Probably not your goal right now, but here’s a guide: 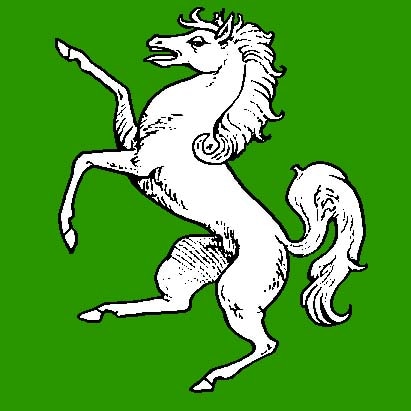 I don’t know where CEP 2 falls into the equation. Is it not mandatory for the bugfixes

Probably not your goal right now, but here’s a guide:
Steam Community :: Guide :: How to find & play modules on Neverwinter Vault

A very useful guide, indeed. Thanks for sharing that knowledge.

Speaking of which, I would love to read impressions about the mods I listed above or the preferable path/route to enhance the visual content of the game.

Quite a shame the smarter AI can potentially lead to conflcts with players custom adventures. It seems a very remarkable addition. And modular, too.

I see NIT can sort out some load order conflicts. Hope it could help with .2da clashes/issues as well.

I put Project Q IV in stasis pending what I see with Jasperre’s Overhaul and the progression of the Community version of the Beamdog HD pack. Yes, while I am a little jaded with modeling at the moment, more due to horrid internet issues that basically prevent me from uploading or downloading content for 3 weeks each month, I’ve never been one to stay away from the modding scene for very long.

In the way of visual enhancements, I would go with the following:

The above list is pretty much what I use, dropping in new assets as they become available for use. I just dump it all into the /override folder, working my way down the list from top to bottom.

I just drop it all in the /override folder as patch-haking can get a little messy with some of the content. You can certainly try it uing userpatch.ini, but some of it you’ll have to put into haks first. You’ll also want to invert the order, loading Project Overhaul first, then Q, then Zwerks’ facelifts, etc.

I also forgot to mention two other mods I use which are on the Steam Workshop under my username of Pstemarie.

I have a few others posted on my workshop too, but they are already included in the Project Q content.

This is an alternate immunity icon pack you can use if you like more stylized and colored icons.

EDIT: If you plan on using Qv4, I’d wait until after the New Year when I release the first full non-beta version and resume development.

Hmm, do you plan to release it early or can it take some time? Don’t worry, just asking to organize my free time.

By the way, I’m a bit confused about the load order instructions. Maybe I didn’t understand them properly or missed something, english is not my native language.

“…working my way down the list from top to bottom”

Is it not the same order? Agan, please forgive my lack of knowledge.

I have taken note of the icons modules too. First thing I noticed when playing vanilla is how bad/poorly items show in inventory when playing at 1440p (my monitor native resolution) and 1.9 zoom, but there’s indeed room enough to improve icons appearance as well.

If you use a patch hak setup (userpatch.ini) then the order gets inverted from how you would normally attach haks to a module. For example, if the HAK order for the content when attached to a module is:

As for an early release of Qv4, I have some more testing to do and with the Holidays coming up, I doubt I’ll get much time until after Christmas. I also have to wait for my bandwidth to recharge before I can upload anything.

From the Qv4 readme:

The folders “Docs” and “Optional files” don’t exist in game folder either.