In case you ever wondered. 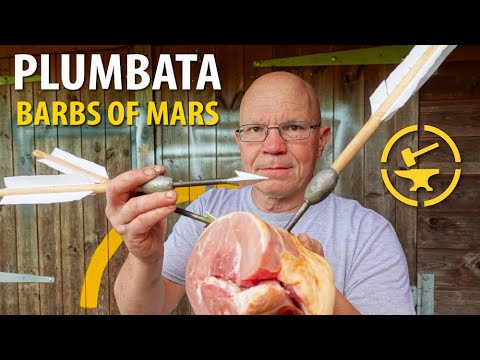 And here I always thought NWN darts were absurdly big! Had modern, playing darts in my mind.

The exercise of the loaded javelins, called martiobarbuli, must not be omitted. We formerly had two legions in Illyricum, consisting of six thousand men each, which from their extraordinary dexterity and skill in the use of these weapons were distinguished by the same appellation. They supported for a long time the weight of all the wars and distinguished themselves so remarkably that the emperors Diocletian and Maximian on their accession honored them with the titles of Jovian and Herculean and preferred them before all the other legions. Every soldier carries five of these javelins in the hollow of his shield. And thus the legionary soldiers seem to supply the place of archers, for they wound both the men and horses of the enemy before they come within reach of the common missile weapons
— Vegetius, De Re Militari, 1.17<

From the Wikipedia entry on plumbata.
@Jedijax I had always wondered why magic-users in AD&D could use these weapons. I think Gygax & Co. thought just like you.

Seeing those darts makes me want a ballista for deer hunting! Kill em and hang em in one shot!

And here I always thought NWN darts were absurdly big! Had modern, playing darts in my mind.

Seeing how he throws them, they seem to have more in common with throwing axe. Just replace slashing with piercing damage…

One thing BioWare did correctly was make them Mighty +0. We can see from the video that a low strength would probably hurt. Which reminds me => I need to make some Mighty Darts for my campaign.
On a related note, in the spirit of AD&D I replaced dart with shuriken in the weapon (wizard) proficiency list since NWN shurikens are not Mighty. Of course wizard shurikens should be called “glaives” just like in the film, Krull.
CORRECTION: According to the NWN Wiki, darts and hand-axes are automatically mighty so there’s no need to add a mighty property. Interesting….