There is no problem with that … but suppose you want to texture for NWN 2 a model from another game. And in this game the texture of the face is in one file 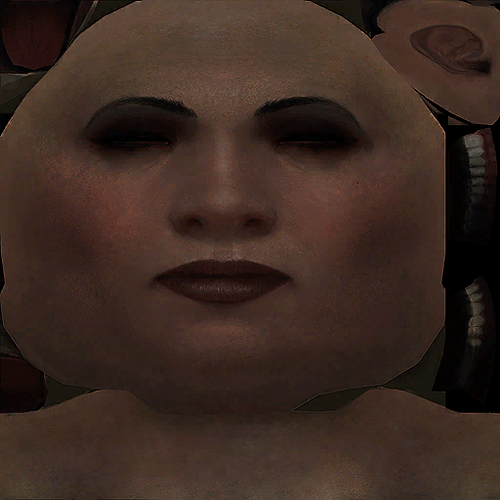 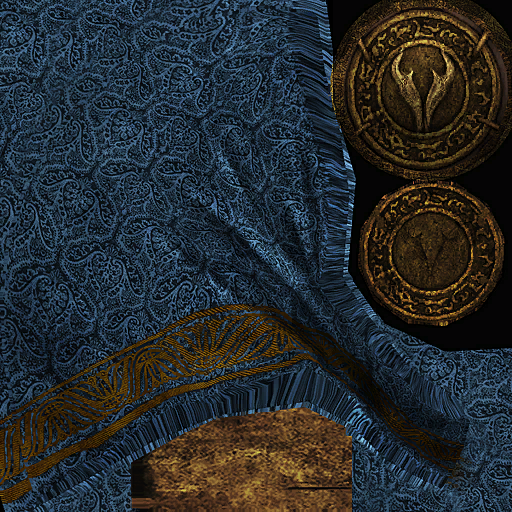 You can try to reorganize the file that includes the face, but it’s a lot o work, especially when you are not an artist ! 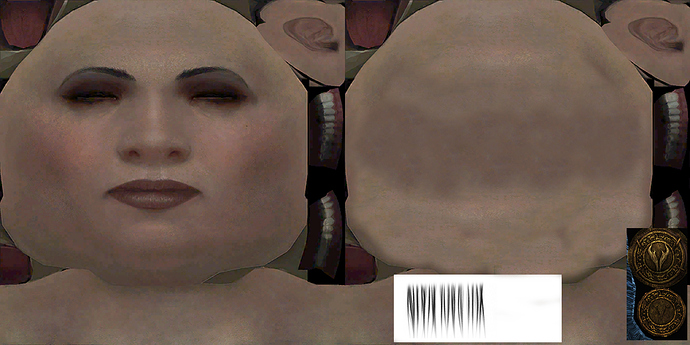 Thus I was able to create the back skull texture from the face texture. This allowed me to have no difference where the face and skull connect, and I was able to include some details.

This method is very accurate when you import in NWN2 a building from another game or from DAZ. Buildings often come with multi tetxures created per materials. HAving non-square texture files allow you to combine the various textures without too much scaling, cutting, or other manipulations.

PS : The idea came from an Assassin’s Creed texture. This was the first time I saw a non-square texture file.

I’ve done that myself on more than a few occasions, even combining numerous smaller texture files into a single map. The advantage of a combined texture map like that is it only takes a single draw command to render the object in the game, thereby improving performance. The minor disadvantage is that you have to rescale and relocate the UV mappings. But that’s not a big deal.