Bughunting I stumbled upon a phenomen in EE 80.8193.9. In the chat field I enter:
##DebugMode 1
##renderaabb 1
This should show you the walkmesh and it looks like this: 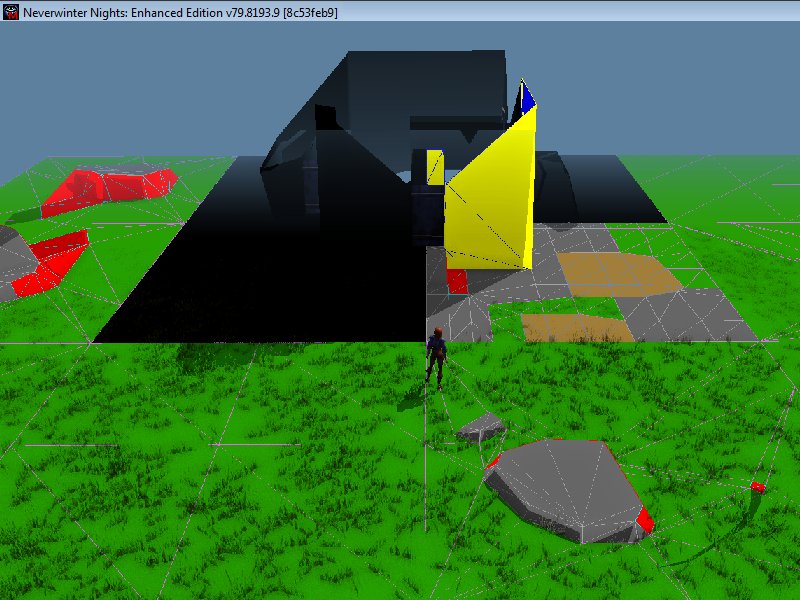 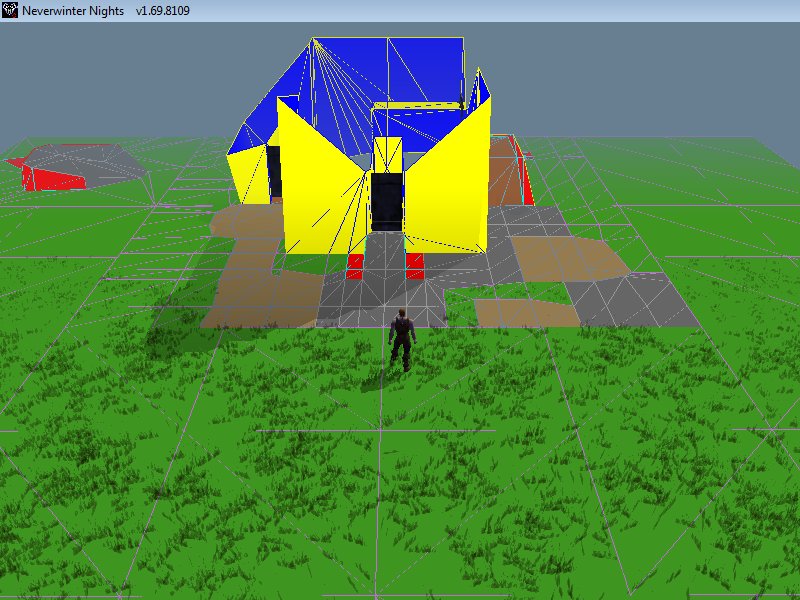 This is not a random phenomene. It always happens to the same tile - either AABB (walkmesh) is rendered or it is not.

Here is a larger scene in EE: 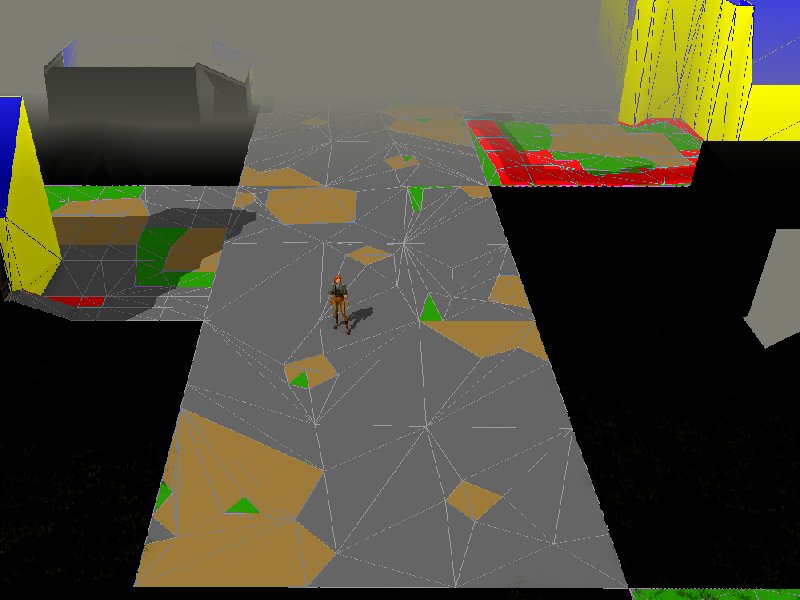 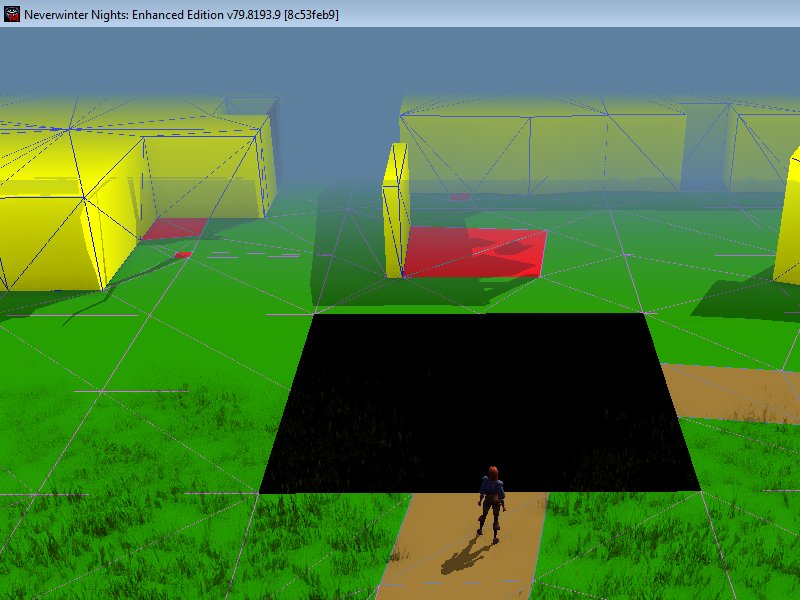 Can anybody explain this to me?

Yeah, BD broke it. The last time I used that command was last November when I was fixing WOK gaps in the Q TNO Trees. It worked then. The breakage coincides with them fixing the other aabb command - rendertilepathnodes.

OK. The let’s hope, that they’ll fix it again.

I’ve logged a bug report for it on Github so it won’t get lost in Service Desk.