I’m doing a revamp of the RWS Dungeon tileset with the idea that I’ll eventually be able to use the tiles for part of the HotU module. I think they’ll be great for the Isle of the Maker areas, for example. Initially I was just going to add the missing tiles to the set, but the more I delve into this, the more I’m find little things that need tweaking.

In addition to the various UV mapping issues, there are some gaps in the tile’s black caps (used for exploration mode). Another problem is that the collision mesh isn’t set up for hiding closed rooms, so I’m going through and adding in the extra mesh faces to make that work. For example, after updating the C3 mesh the closed room below doesn’t show the surrounding areas: 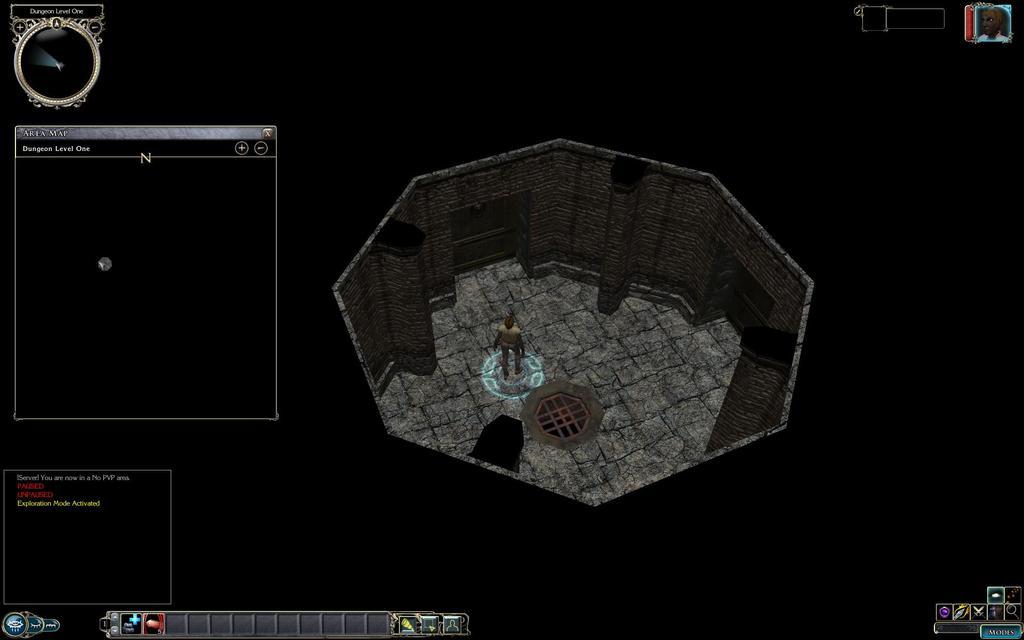 Some of the tiles and metatiles have baking issues, which I’m rectifying. Also, many of the tiles are rather cramped which can create walkmesh problems for large parties, so I’m trying to expand the walkable regions as much as is feasible. (I suspect there will still be some walkpathing issues.) I’m also adding in some roomier tile variants, such as this hall end tile: 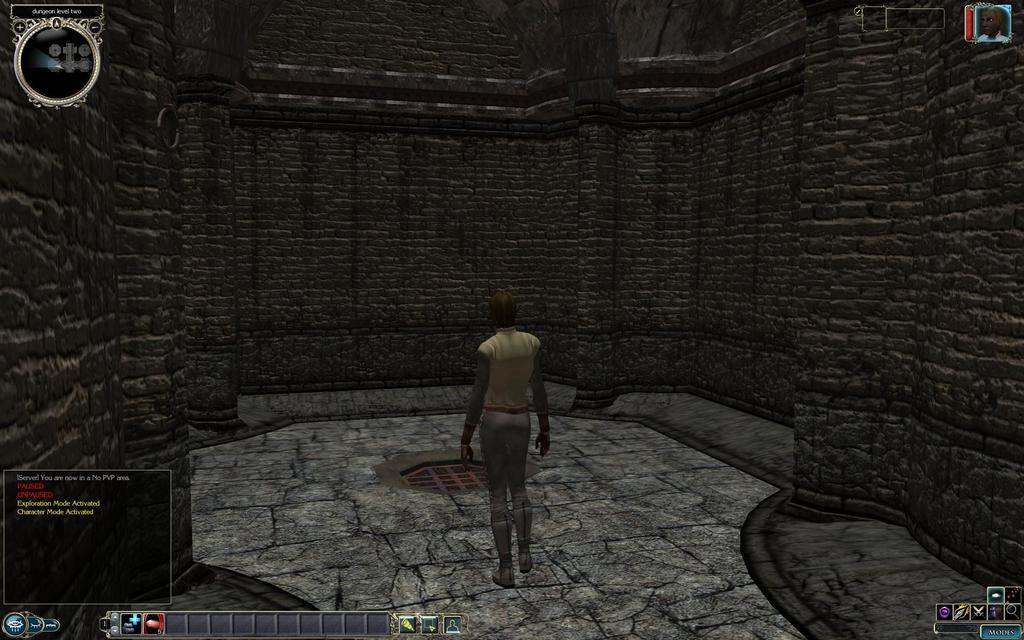 Finally, of course, I plan to add in most of the missing tile types. Once I’ve overhauled the base set, that is. I’m about half way through it now.

This dungeon is environmentally friendly. Please use the proper disposal chutes to recycle your waste products. 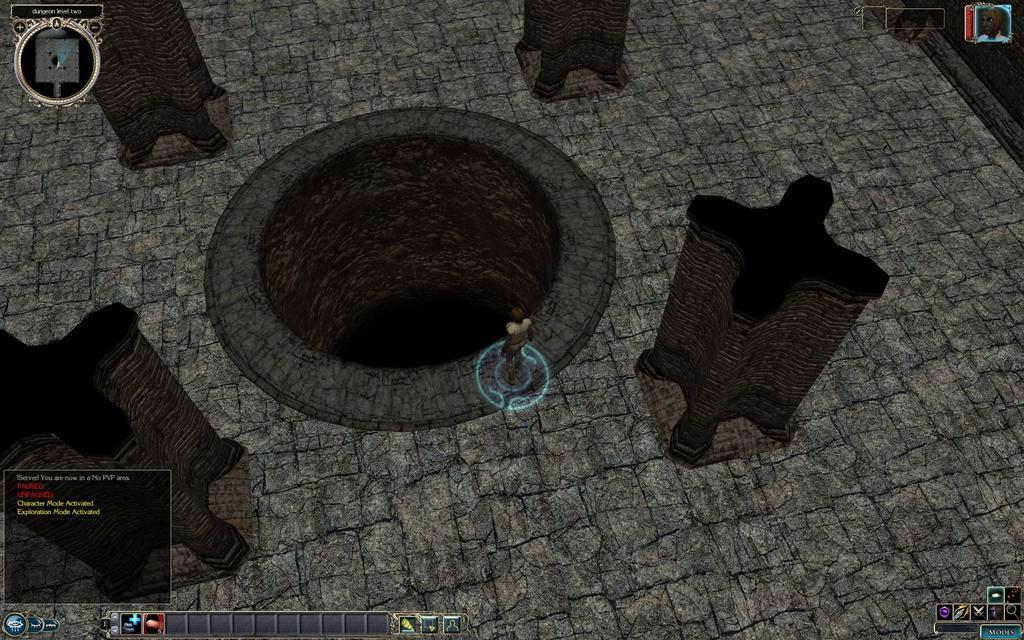 Okay, the texture remap and walkmesh update are complete, and everything bakes nicely. The tiles are about as roomy for walkpathing purposes as they are going to get. Now it’s time to start adding more tile variants: 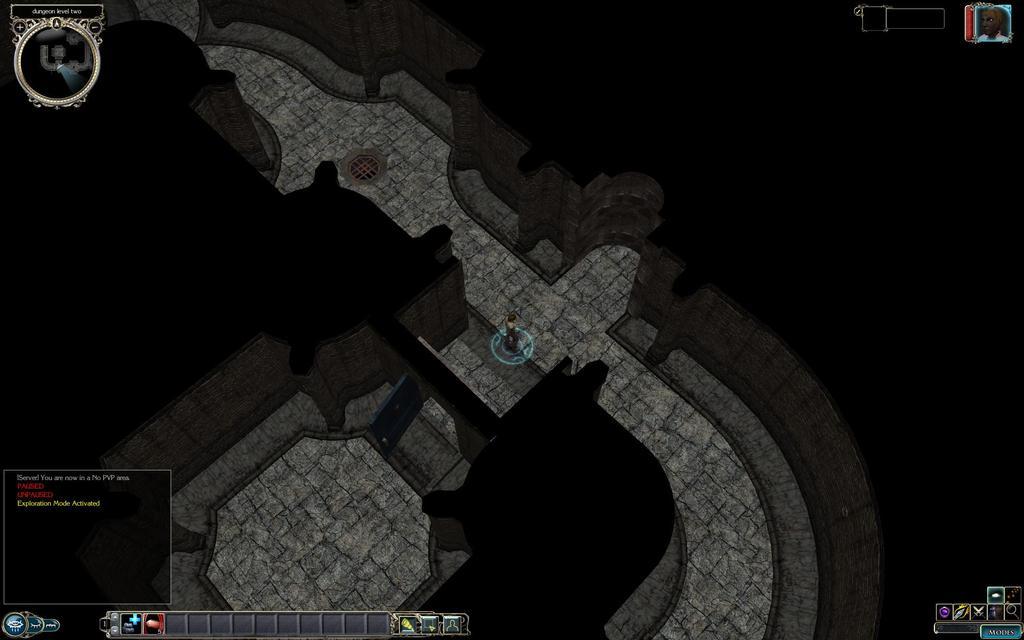 At center right, I took the round niche from the hall end tile and worked it into corridor side. I’ll use that on a few other tiles so there are more possibilities for placing statues and such. At upper left, I took the four corner tile and added walls to opposite sides, creating a wider corridor. The new corridor floor also includes a drain taken from one of the room tiles. Finally, at lower left, I used the same technique to create a larger single-door room variant.

With a little tweaking of the original texture, I’m able to build a tintmap that produces what almost looks like a mossy floor. 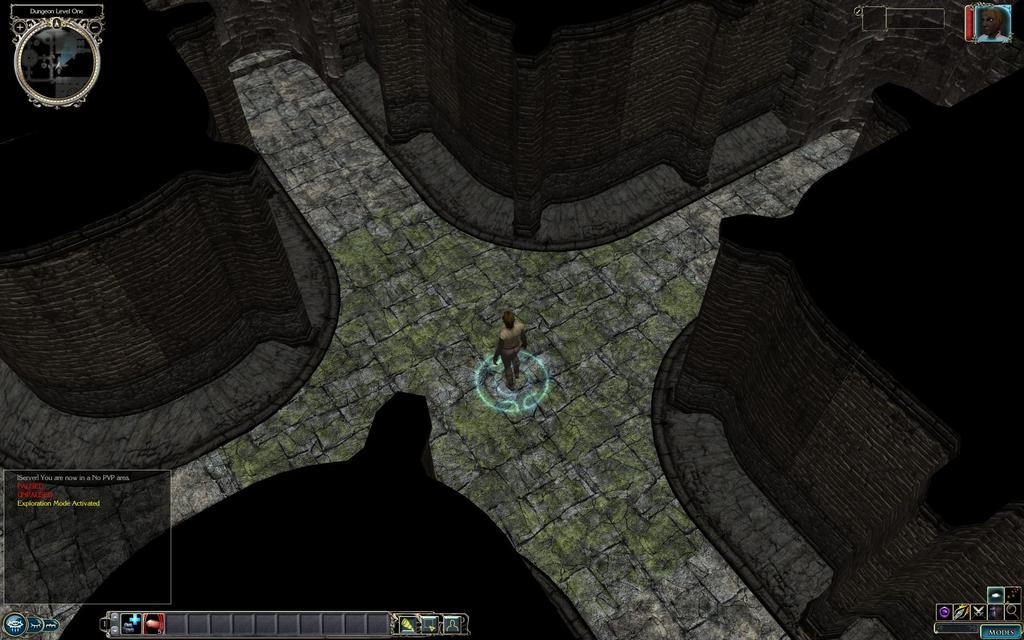 I’m mostly keeping the tint maps similar to Kamal’s but adding in some small details like this.

Ed: Test what happens if I edit a post.

Work continues on this little project. I’ve overhauled all of the tiles now, including fixing some little gaps I found along the tile edges that tended to break immersion. All tiles are tintable and most of the missing tile types have been added. There’s just a pair of stair tiles I need to build. I’m amassing additional tile variants – I’d like to make sure that most of the standard tiles have at least two variants, and in some cases up to a half dozen. I might also add a round room metatile. Anyway, the end is in sight.