Here is an excellent video of two gentlemen dressed in Renaissance garb demonstrating scythe-fighting techniques found in the fight-book De Arte Athletica (c.1550 Paulus Hector Mair). Up until I found out about De Arte Athletica, I thought scythes were only used in fantasy roleplaying games. There is still no evidence of enough scythe usage to justify their classification as anything but an exotic weapon proficiency, but the book and this video clearly prove that this weapon was indeed used professionally during the European Renaissance.

Here is page from De Arte Athletica compiled circa 1550 by Paulus Hector Mair: 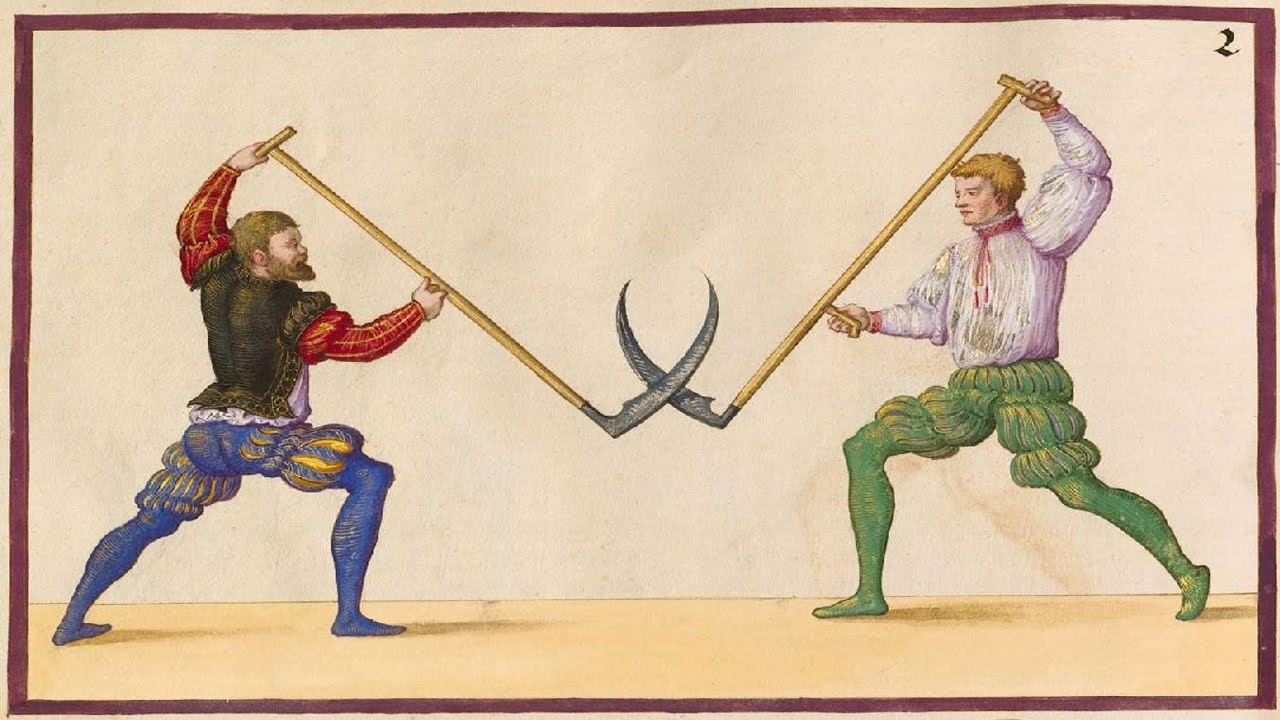 Scythes, yes… Ridiculous pantaloons and hose, maybe not.
Interesting though.