Silly Questions for Novice at using Mods on NWN2

I’ve used mods on other games, but never have I attempted to use as many mods as I’m trying to use now. I’m having some issues and if you have time, I wonder if anyone would help me troubleshoot what’s going on?

Is there a tool that help me track down the mods that are loading? I’m guessing not, but thought I’d check.

Also, I loaded a bunch of mods and thought I did them right, but when I go to start a game, only the Mysteries of Westgate is showing up as a campaign I can start. The individual sections for the OC (what I’d like to play) are in the Modules menu (Tutorial, 1100 West Harbor from Act 1). Obviously I did something wrong so I thought I’d check here for potential clues.

Any thoughts about what might be going wrong is helpful.

Thank you so much for your time and assistance!

The game doesn’t load add-ons per se. It loads files in your /override folder. The game has no clue if a particular file or group of files belongs to a particular add-on. It just reads them all and stores them as resources according to their filenames.

That said, yes add-ons (groups of files) should be stored in their own subdirectories of your /override. 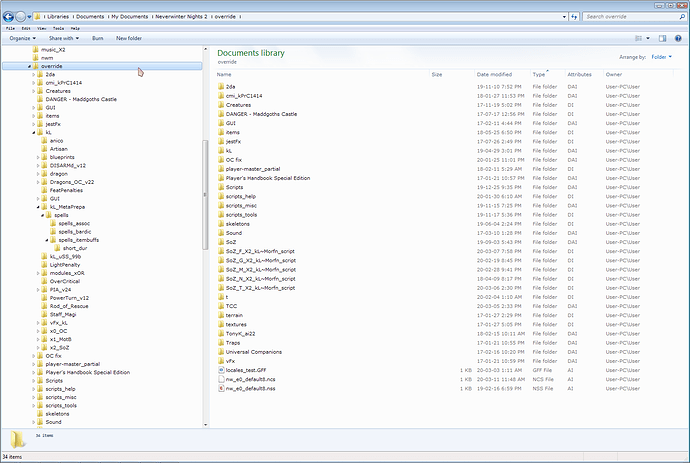 BUT that means that there can be duplicates of a file or files in the /override. So at some point you should start running a duplicate file checker on said /override: 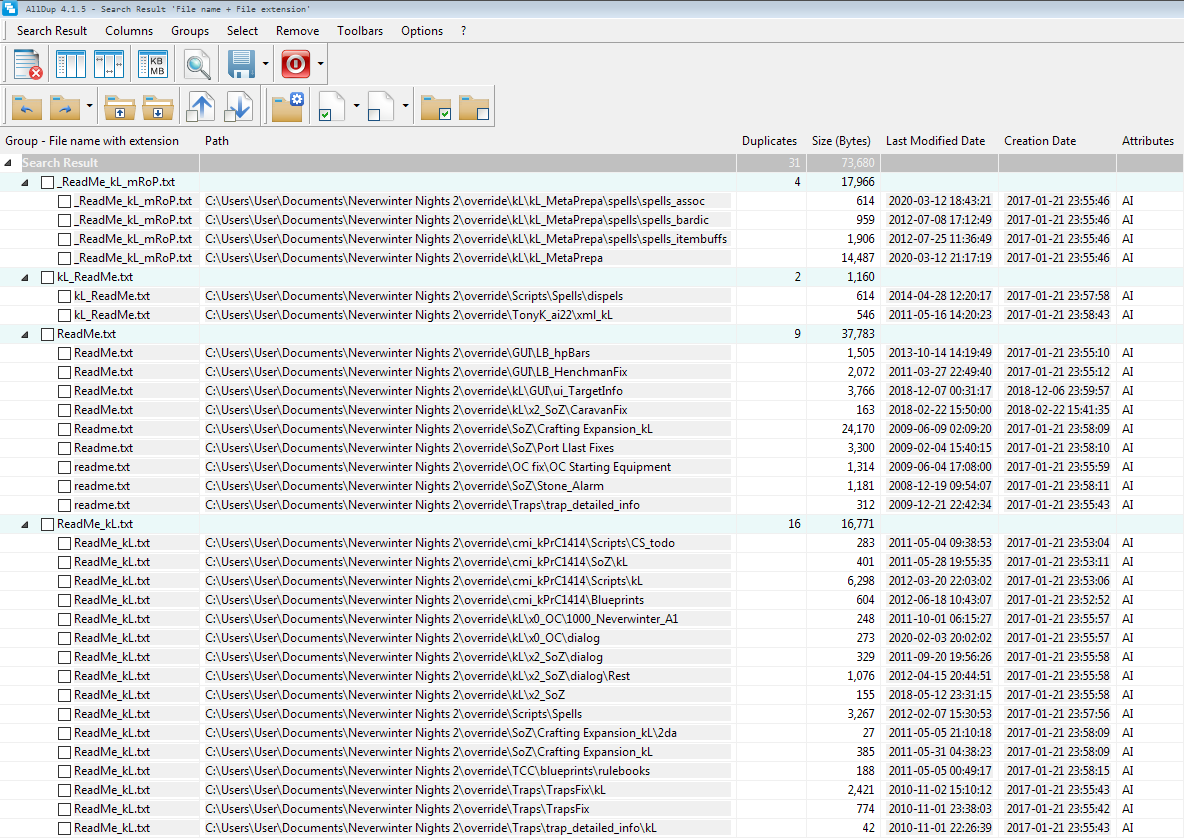 re. the official Campaigns not showing up … donno. But the first thing to do when things go south is to move everything out of /override and see if that fixes it,

Thank you! I will run reorganize files and run the dupe test. Then start peeling things off until the campaigns populate.

I appreciate your time.

HI, kevL_s - If there are duplicates of a file in separate folders, will the last folder loaded by the version of the file that’s used?

will the last folder loaded

but what exactly will be the last (or later) folder that the game loads ? It sorta depends on their recursion algo etc.

Okay. I’ll do that. Thank you.