I’m trying to add both Gith subraces to the playable options for NWN2 and expansions. I’ve managed to make simple edits like this in similar systems, such as playing with .json files in Battletech, but i can’t seem to turn the key in NWN2.

I usually play with Keadrin’s pack, but Races of Faerun ain’t working alongside, so i’m hoping for a friendly helping hand. And i’m more than willing to kick a couple of bucks out to someone for the trouble…

Ok, since you are using Kaedrin’s PRC, I cooked up a very “rudimental” implementation of the Gith races, not as broadly implemented as other races, but they somewhat work.

5 models for 4 subraces (3 females, 2 males), only the first Githianki model is sensible to the gender selection, the other models are fixed, so watch out what you pick.
No race in-game description
Both races give +2DEX and +2WIS with +1 ECL
No additional feats (too lazy).

Here’s how it should look like when implemented. You will find them in the OUTSIDER category. 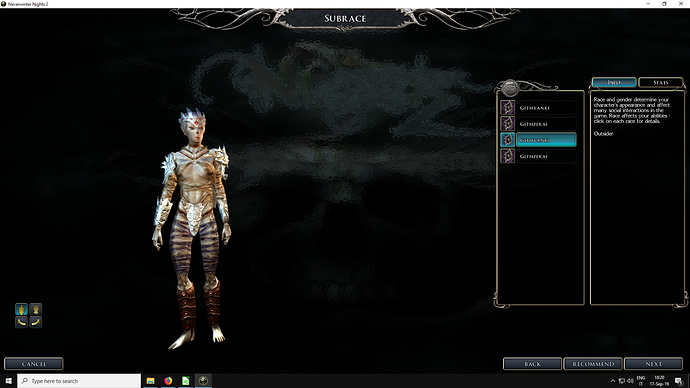 Well, that was certainly quick! Thank you!

I haven’t been able to review these on my home system yet, but i’m certain I’ll be able to make the edits to stats, ECL, and all that.

For the feats, i think i’ll be able to work my way though them using the Yuan-Ti Pureblood feat file as a template.

One question: by utilizing the ‘monstrous’ character models, will this implementation be able to wear armor and wield weapons as with other PC races?

Weapons should be fine.
Armors will display some minimal changes (color and some additional shoulder piece, ecc…) depending on the model, but they will not display them entirely as with other PC races.

To give you an idea, this is one of the Githzerai male model with a scale mail on: 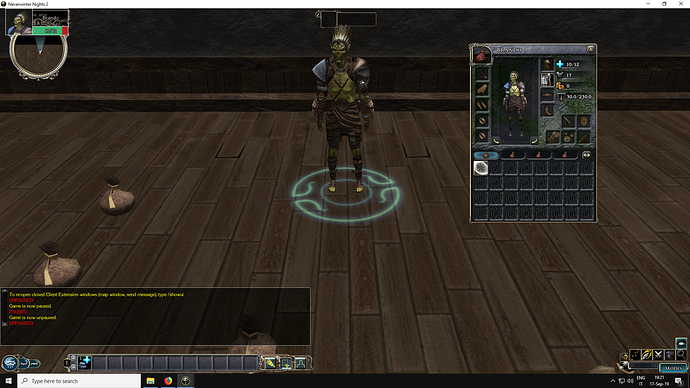 And this is without it: 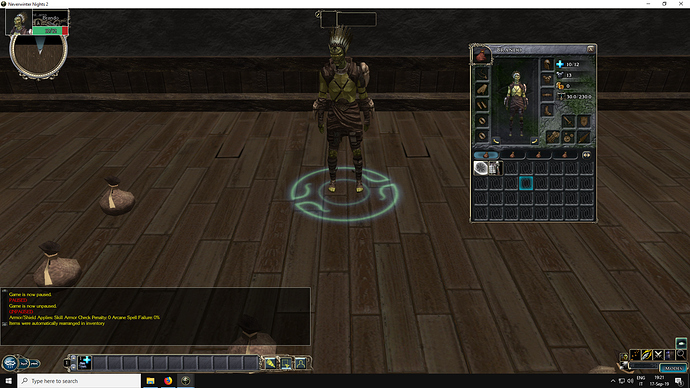 That seems quite workable, awesome.

I’ll check on the feats and things later tonight and let you know how badly i screw things up from there!

Thanks for your very excellent help so far…

Gith can be set to use the human body, allowing them to visibly wear anything humans can. I’ve set up an appearance.2da entry for that.

I’ve got a custom Gith feat file working, giving them some racial and class feats to serve as psionics “with the serial numbers filed off”.

Now how do i make that appearance tweak to get armor and such working?

The gith are already set to use the human skeleton. You can make a copy of the appearance.2da line for them, change the display name to something like gith_human, and set the column for the body model to the same thing as the human has. Iirc that was all I had to do to get it working. You wouldn’t want to update the original gith line in case it breaks the official campaign or something.

Τhere’s a merged pack that contains K’s work and ROF among other things. Giths should be playable…