Very small issue here but I thought I would poll the experts just in case.

When I set an area to snow it is pretty anaemic. From a distance it is decent but disappears as I zoom into the PC. I was wondering if anyone had tackled a real snowstorm ( as I think someone did with heavier rain which I came across ). I’m talking horizontal, hard to see where you’re going snow that we used to get here in Scotland but don’t anymore !

I have checked out this which is pretty good but I’d be placing these emitters everywhere in an area, leading to my computer complaining I reckon.

Yeah its an oddity with the way the vfx is rendered by the emitter. I added some lines to the TXI which I think improved it - maybe not.

I’m no model expert, but rain does not disappear when zoomed in, so I tried to alter fx_snow.mdl to mimic fx_rain.mdl.

No change to emitters caused any success (two-sided texture, position, etc). Only when I adapted whole newanim segment it sort of worked.

but of course, snow then became rain in terms of velocity.

I wouldn’t mind a heavier, faster falling snow. Have you posted it to the Vault?

Well, I made that just a moment ago just as a quick test. I didn’t vault my previous venture in the weather FX either. You can find here (it’s a @DM_Wise’s thread).

I’d rather leave this to someone more skilled in modelling, who can improve the snow even more. Maybe for CCC? In the thread I linked above I also show a screenshot with improved snow particle with fxpa_flake.

Anyway, as I was writing this response, I had an epiphany that the snow particles must simply die too fast, which is why higher (rain) velocity kept them on screen. So, I changed this in every emitter: lifeExp 1.5 -> lifeExp 5.0 (setting I apparently didn’t notice when I wrote the previous post).

And here’s the result - vanilla snow visible at every zoom. 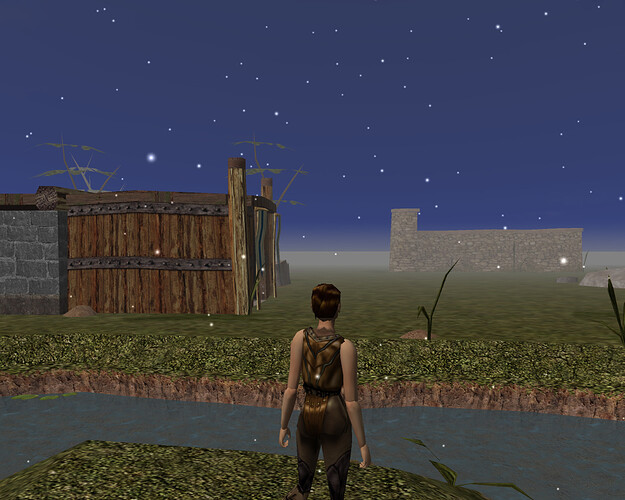 Wonder if the output - number - of particles can be increased?

Zoom in may look less dense, but that’s an illusion.

As you can see, I also experimented with particle texture.

Note that I changed blend Lighten to blend Normal in the model, so if you want to return to vanilla particle texture, you must change it back or remove the background from that texture.

EDIT with some extra info:

The vanilla particle texture is a 4x4 grid meant to increase particle randomness. This can also be used to spawn different snowflakes. In the zip above I only rotated the texture 3 times, but a skilled artist could make any number of variants. The question is, of course, at which point this benefits the VFX and when it becomes a distraction.