SOLVED - [CEP] Baseitems.2da - Possible Issue With ALL CEP Builds - THERE IS NO ISSUE

Someone over on the PRC Discord said they had to move all the CEP Baseitems in rows over 255 to lower rows because of a hardcoding limit issue in the game. Doing my own research, I found this on the WIKI…

There is a game engine limit of 256 (0-255) lines in baseitems.2da. It is recommended to reuse “reserved” lines for new ones. One problem with going over 255 lines is that the base item type TLK identifier will not be loaded correctly, such as in this example. In a MP game it might just not even appear properly for players, so do not use lines higher than 255 (at least for player-available items!). 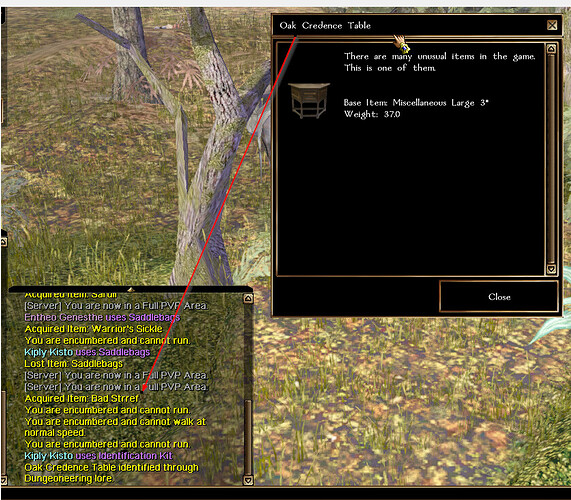 There is more info on other limitations at baseitems.2da - Neverwinter Nights 1: EE - nwn.wiki

Firstly, can anyone confirm that this is really an issue? If you’re a PW Admin, have you noticed issues with baseitems over row 255 (all CEP items)?

If yes, I have two options off the top of my head…

Option 1: Given what will break in pre-existing modules and possibly existing CEP templates, I’m loathe to even touch this other than to provide documentation on the issue and let the end user fix it if they need to.

Option 2: I fix it so that the issue is resolved going forward - as pre-existing modules would use whatever tophak is associated with them. Then provide documentation on what changes were made so that Builders wishing to upgrade to 2.67 won’t have so big a headache.

EDIT: I do NOT see this issue on LAN, but I’m logging in from the host computer.

I’ve been using it for years. I have not noticed issues with items past 255. Most items past 255 are CEP weapons and a few other doodads. But I have feats for all of the cep weapons, and I have all CEP weapons part of a dynamic loot and crafting system.

For years and no issues.

That’s why I’m looking for confirmation. Another WIKI fake issue then.

Well, I wouldn’t consider it fake. You will get some bad strref on some of those things, but it’s very limited and typically confined to the action/dialogue box. It never really manifested beyond that, and in the last few years with the BD updates I haven’t seen it at all.

The juice isn’t worth the squeeze on this one, if you take my meaning.

Yup, Daz helped me repro it. Seems that if the item is “unidentified”, then the engine wraps around to a random baseitem and uses that for the feedback display.

Not really a bother, but at least I know what causes it and can note it on the WIKI