I have a script that Aqvilinus helped me modify. It works great accept for one thing. It fires two times and I don’t know why. The way it happens is: When you click on a door that is locked, with Key Required, the PC, if he/she is a rogue, tries to open the lock. Since it is impossible to open I’ve made it so that a conversation fires by gp_talk_door. In that conversation there is a conditional: if you have a successfull dice roll you open the door otherwise it doesn’t open. On both cases a short one line conversation starts. But the script seems to fire two times. I don’t get it. This is Aqvilinus script:

And this is a picture of how it looks in game: 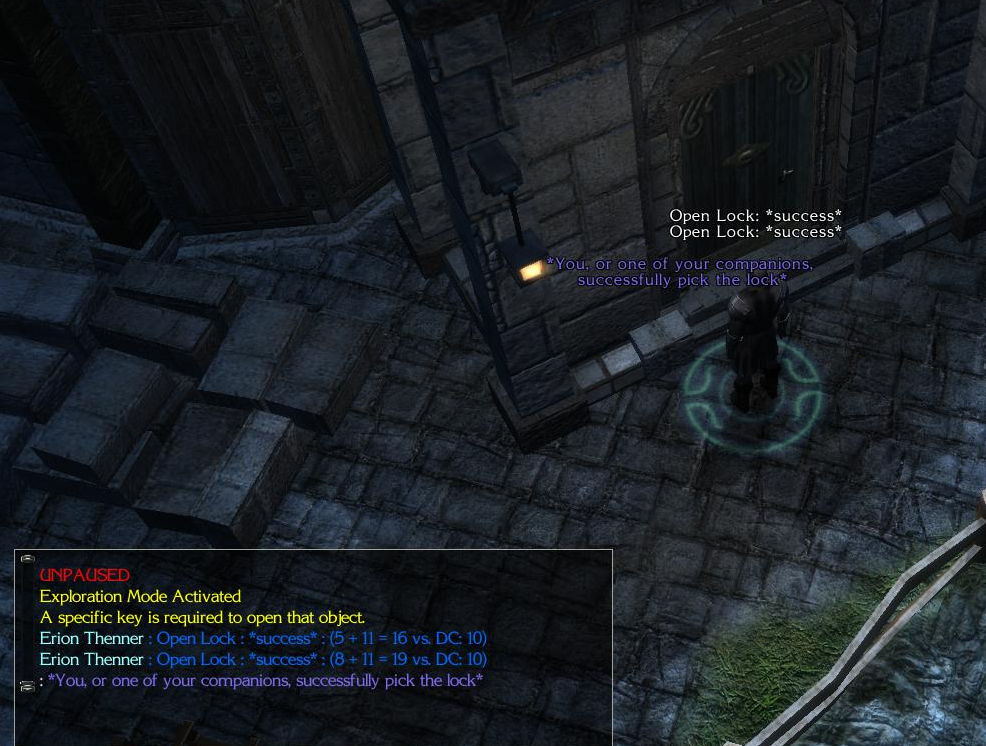 I got help from Aqvilinus. It was easily solved.