Something Spooky This Way Comes

I have just about finished a new placeables project, just got a few minor tweaks and the documentation to go (oh and I’ve got to get something to eat too

). It has turned out almost exactly like I hoped it would. Which means I am quite pleased with it. So far I have the hak debugged, the blueprints made, the erf created and the (rough) demo module made. So what’s so special about the contents of this package?

I was reviewing what I’d made in the past and remembered my most recent versions of my Runes package (v3) and my Arcane Circles package (v2) when a thought struck me. Both of these had a glow-in-the-dark element to them. Also wouldn’t it be a good idea to have something to represent ghostly goings on? So I came up with this…

There are 74 placeables in the package - 36 for the floor and 38 for the walls or to just hover in the air. Apart from the fact that they all glow in the dark, I went a little further. I designed these for use in the dark (actually the darker the batter). They are all, more or less translucent to a degree. As words don’t really convey how they actually look, here are a few images starting with the toolset view of all the floor ones grouped together. First with normal lighting - 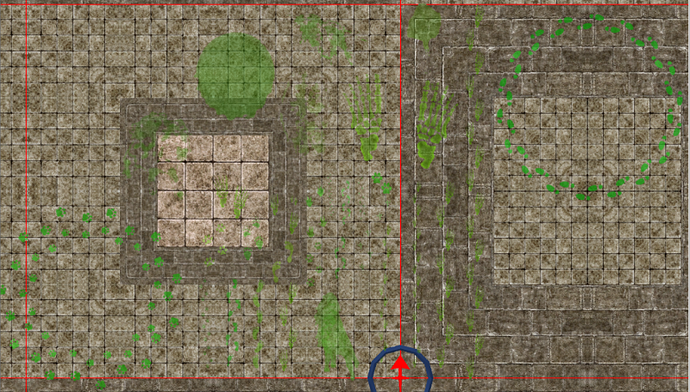 Then, the exact same view with the area lighting set to “reset to black” 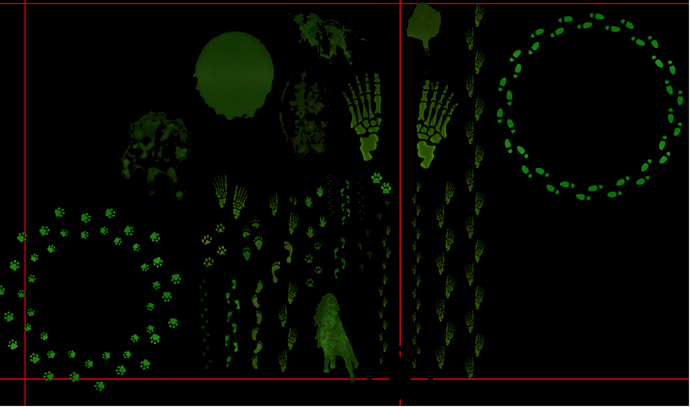 OK, same thing with some of the wall ones. Normal lighting first - 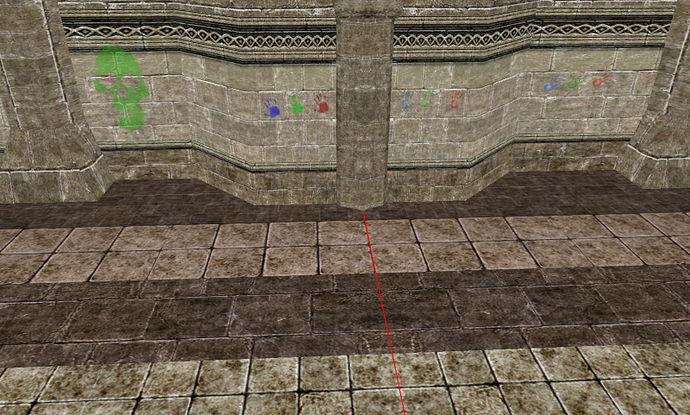 And then turn the lights off… 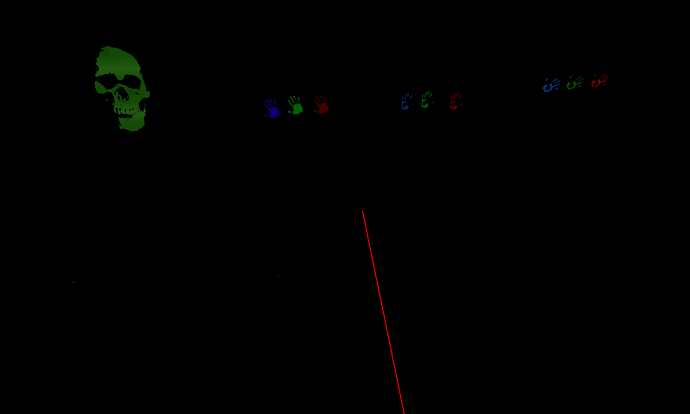 A little explanation about the hand prints. Now all the rest of these placeables are green for that just spooked vibe. The reason that there are red and blue hand-prints, as well as green, is to do with something I remembered reading a good while ago. It was to do with a character that someone had created - a level 1 Illusionist/level 5 thief. Every time this thief burgled someone’s house they left a glowing blue hand-print as their calling card.

So how do they look in game? Lights on - 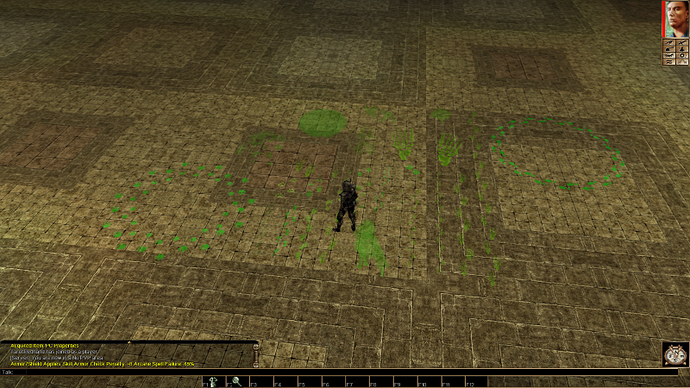 And roughly the same place in the dark 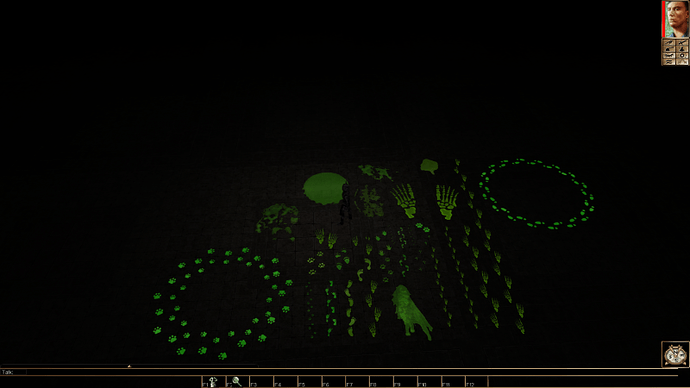 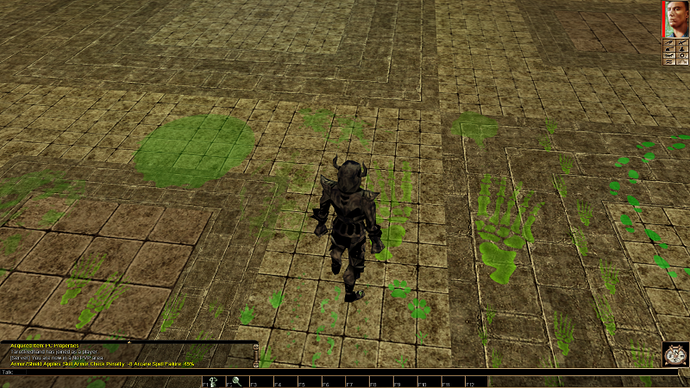 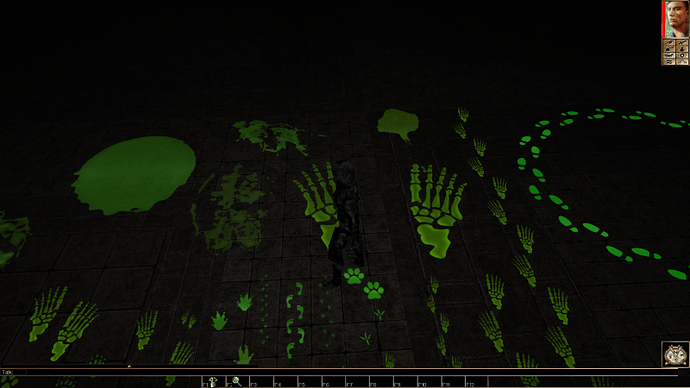 Finally a dark view encompassing both floor and some of the wall placeables. 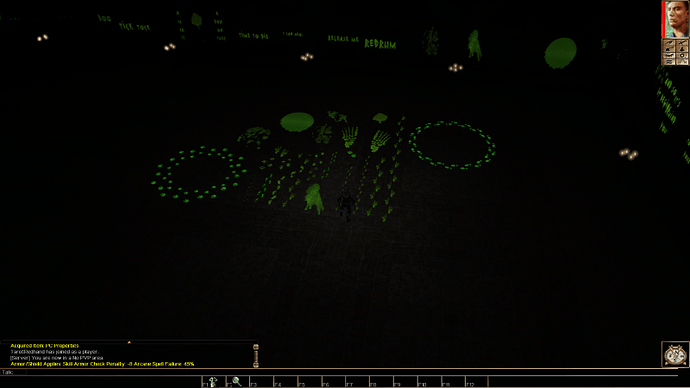 Anyway that concludes the preview. What do you think?

Have some wholehearted approval! Picture scene: Pitch black forest area. Giant bony glowing footprints start appearing, one after another, soundlessly, approaching the player character. I think J Wildfire Town’s made some creepy soundtracks that would go very well with that, too.

Everything is better when it glows in the dark!

Love the giant bony prints. I like the idea of combining it with selective visibility, too. You could spawn them in only at night, or even in an nwnx world toggle visibility to use them as magic/spirit tracers only seen in the dark or with a spell. So your calling card might show up only under Detect Magic, or a spelled-up ranger tracking boots in the dark…