so, it’s time to start building Trading Posts and i did’t want to run around taking notes … 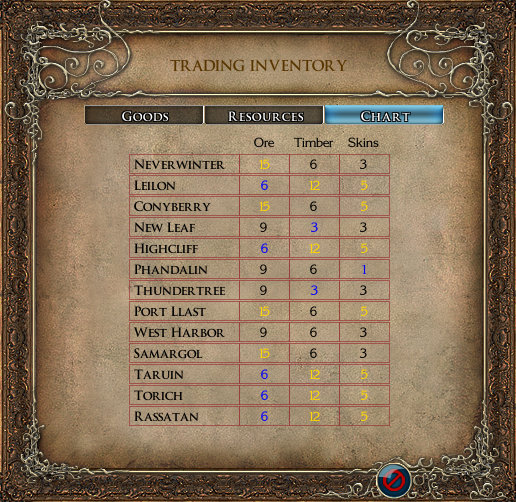 (using computers for what computers do best… tables!) 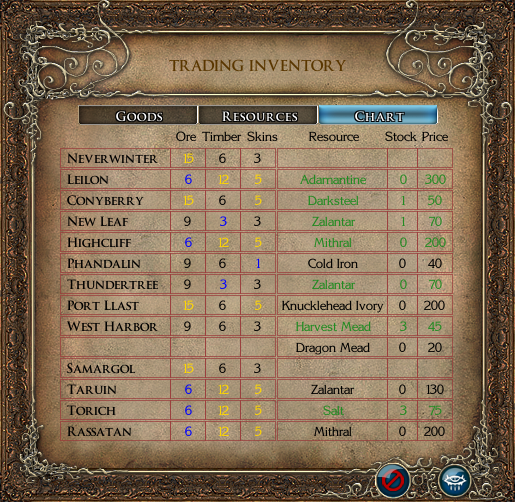 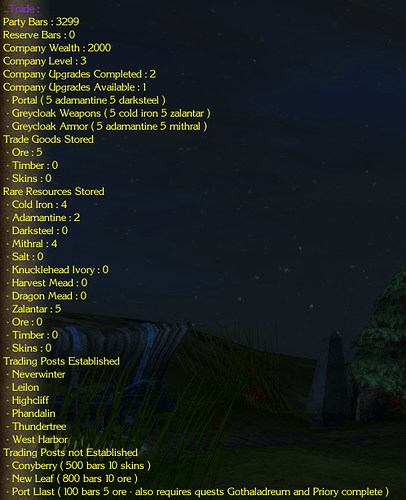 The last time I played SoZ i ended up receiving income of 2 billion trade bars. When i tried to turn them in Variel just stood staring at me blankly and didn’t give me a single gp. For this playthough it’s been cut back to ~10% … still with only basic caravans out of Crossroad Keep am getting bars worth 50 thousands. this requires rethinking

I thought there was a patch for that on the vault?

there uh was … all i see on my hardrive is

Iirc it was a temporary fix for an early version of SoZ, which accidentally put compound interest in. And it got “obsolete” status after Obsidian took it out.

my first adjustments to SoZ fantasy income (years ago) were based on it … but it’s still far too “let them eat cake” for my taste.

There might be another one, but my brief searches didn’t turn anything.

There are other functions etc. that determine the amount of TradeBars that accrue in the first place, but changing it isn’t as straightforward as lowering the exchange-rate,

I wonder how many players ever achieved FEAT_EPITHET_YELLOW_DRAGON

You have earned a reputation as experienced sprinters - unfortunately, that reputation comes from sprinting away from your enemies. While some may question your bravery, your experience in rapidly moving through difficult terrain has served you well. 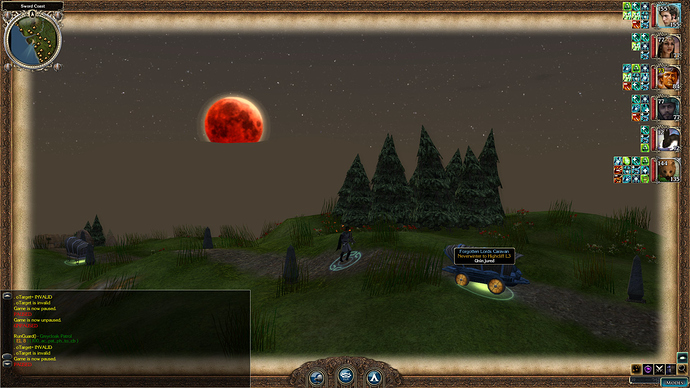 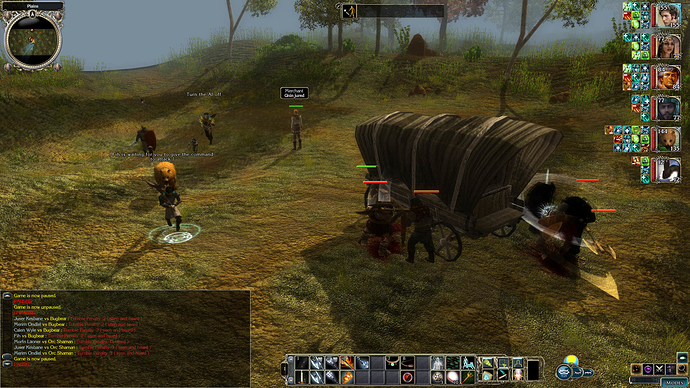 You can’t do that you will spoil the game of hide and seek implicit in the current set up. Next you’ll be adding merchants who actually speak with you after you’ve saved them from certain death (perhaps offering a little discount).

speaking of that merchant standing there … he always used to be hostile and my bear would attack him. So i copied his blueprint to /Override and changed the faction from Commoner to Merchant; not at all sure why commoner was going aggro, but seems to be fixed.

SoZ is a very hasty expansion - I have the impression it’s as buggy as the OC but most of it is simply bugs behind what’s seen.

oh, another thing about that merchant. He was designed to drop a placeable that turned into a TradeGood or RareResource when killed … except he’s immortal.

… there’s an encounter without a resref, a Bard that has no walkwaypoints (so he stands out in the middle of the ocean where he was spawned), and his dialog makes an allusion to the “more cowbell” joke

one thing I am tempted to do is … there’s a special encounter Neverwinter Merchant that plies his trade on the route between Neverwinter City and Crossroad Keep. It’s a caravan model like normal caravans, and if talked to the PC can use it to help fulfill requirements for the “talk to 6 merchants” quest. A second node in his dialog asks to see his wares - but he just says “too dangerous out here, try a city”. So, after the quest requirement, this caravan is just a piece of bloat clogging up the roads.

I’d like to give him a store with super-goodies,