I’ll be releasing this to Vault shortly (just need to make the pwk and pbr maps), but for my module I need a version broken into ~17 parts. 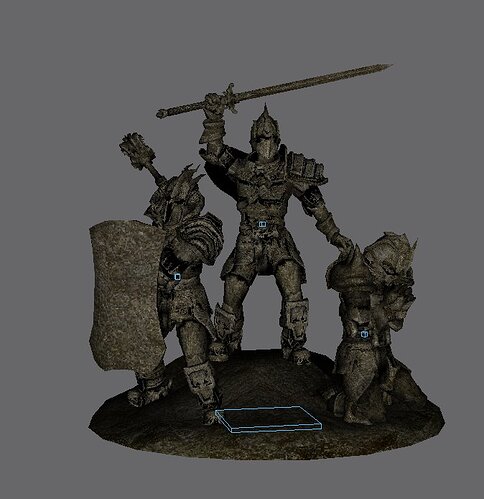 Looking at obvious break points, I come up with the following:

The legs would also be obvious break points

Change it up - ankle, knee, top of thigh. Same for the arms (wrist, elbow, shoulder). In RL the heads of statues are commonly damaged as well. I’ve seen a number of different heads split down the middle as well as the more obvious missing nose and chin damages. I have also seen pictures where the torso splits at the waist.

Another thought is does the sword have to remain whole?

This is what I came up with. 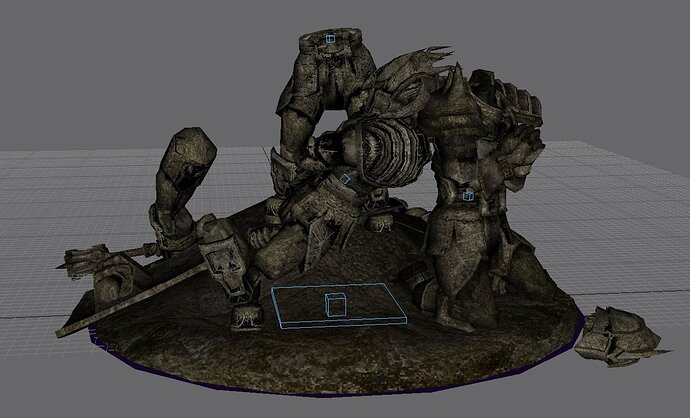 I’ve decided that the statue was magically shaped from a single block of stone, which explains why the feet are partially merged into the base.

From my point of view as a non nitpicking user of 3d models it looks really great.