I’ve had this problem for a long time, but I’ve only lately noticed how serious it is (because before that I’ve only done brightly lit areas).

Light behaves very strangely in my game. The lighting effects of an area exist, but it’s like they get overriden by what kind of light there should be around the PC, for the whole area.

Sometimes it’s possible to see what light was set for the area if the PC stands still in certain spots, and then if you move the whole area changes, usually towards a more uniform, grayish thing: 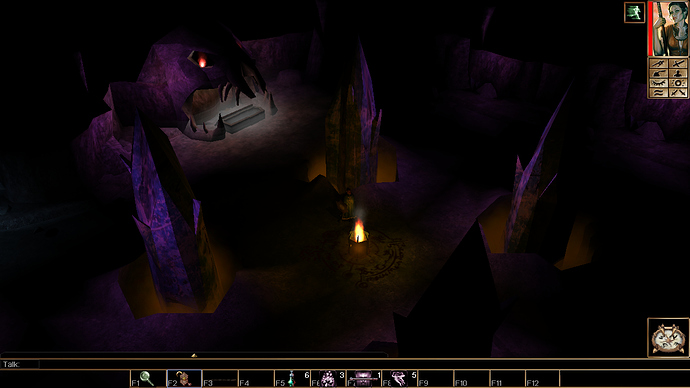 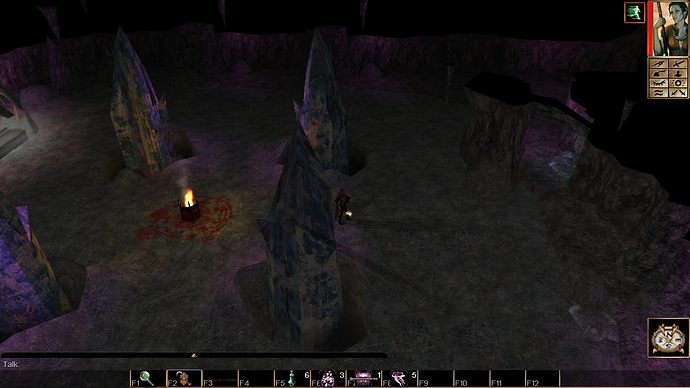 This is especially bad when wanting to make scary, dark areas, but it also means I generally don’t see the areas as they were meant to be seen. Which is bad.

What is probably happening is that the PC has a bright white light source which is washing out the area light. But it’s hard to say definitively without closer review.

One possible solution is to install my PnP Vision, Light spells, & Torches pack as an override or as a patch-hak. That way human and halfling vision is truly black in a no-light setting, light spells & torches are dim yellow instead of bright white and normal yellow respectively. Dark areas will be truly dark. However, it will not stop bright white light emitting swords from washing out areas. The builder will have to change their magic items to have a softer light (yellow or orange) and a dimmer brightness.

The PC has no light emitting items equipped, nor a “light” spell active.

Does your PC have darkvision or low light vision?

No. This happens with all PCs, even naked lvl1 ones with no feats and things.

Edit: Here’s two screenshots from the “Shadohaunt” module. Not made by me, not using any community expansions and suchlike. The PC is a level one, naked human created specifically for the purpose of the screenshots.
“Shadohaunt” takes place in the plane of shadow and is supposed to be pitch black dark everywhere.

One thing I noticed while making these screenshots is that the “real” area lighting only shows up if the PC stands very close to some other light source (the shining floor design in this case, and the brazier fire in my previous screenshots, I guess.) 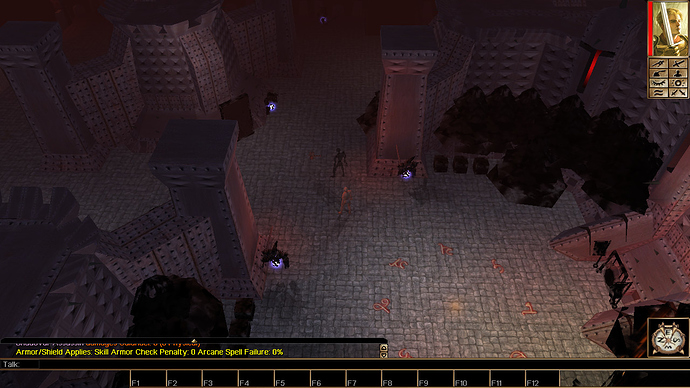 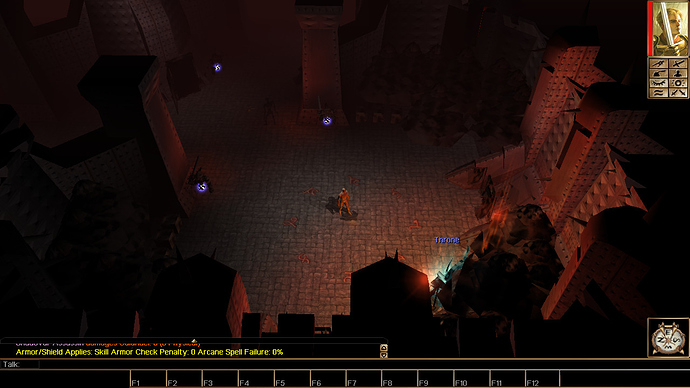