Greetings everyone, I’m using Real Skies HD for EE and I just began to notice these strange black triangle artifacts streaming down from the skyboxes. They didn’t use to be there, so they only showed up recently. Thinking it might be an nvidia issue, I updated my drivers but that didn’t do anything. Curious, I checked a slightly older version of the module. Same module, same haks and hak order, the only difference is that it has a few less areas. When I loaded and tested this older version, the skies were clear and crisp as could be. I’m a bit a stumped on this one. Has anyone encountered anything like this? 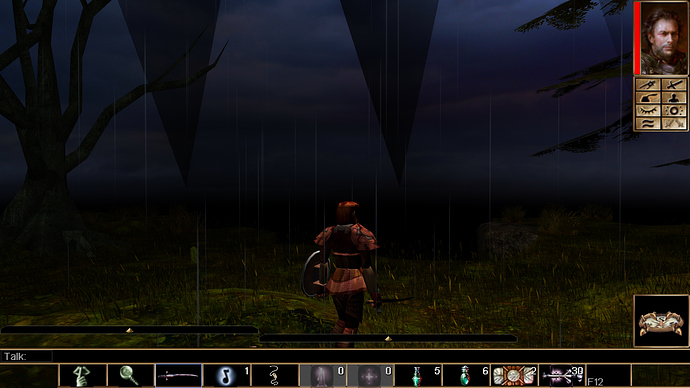 Does this happen in areas where the skybox worked before, or only in new areas you added?
It looks like bad smoothing groups, but that can only be the case if it is also present in the old areas, but maybe just not obvious because of the light used there.
If it appears in areas where it didn’t appear before, bad smoothing can’t be the cause.

Hail Zwerkules! It must be kizmet that you answered for it is your tileset that I am highlighting with this issue, but in truth it is happening with all tilesets with grass_clear and grass_storm set in the skybox.

And yes, it is happening with areas where it previously worked before. I’m going to post a few more pictures. Strange black triangle coming down on one side of the screen, and then on the PC back-side pitch darkness, and the time is midday, roughly. This just seemed to start happening in the last few weeks in some offline testing as I was doing some module building/work. I haven’t changed haks or hak order. Real_Skies.hak still sits near the top above the other resources. I updated my video drivers, but I confirmed it wasn’t a driver or video issue by creating a shell module with just an area and Real_Skies.hak, and the skies rendered fine. Plus, I have older versions of the same module, same hak list and order, in which the skies render fine. What is going on here? These areas are using either Grass_Clear or Grass_Stormy. In either skybox I get the same issue.

To experiment, I exported the illustrated area into an empty shell module, installed the necessary haks to load the area, and the skies rendered fine. But yet when I go back to the source module, the skies don’t render fine at all. It seems to be limited to Grass_Clear and Grass_Stormy. Desert_Clear I have no issues with, yet…

If it is “bad smoothing groups” (first I’ve heard of that term), is it fixable, or is it a sign of a corrupted module?

Late Edit: I now have no idea what’s going on. I just fired the module up again this evening, made no changes to anything, and the black triangles and the darkness curtain have disappeared. What is happening?: 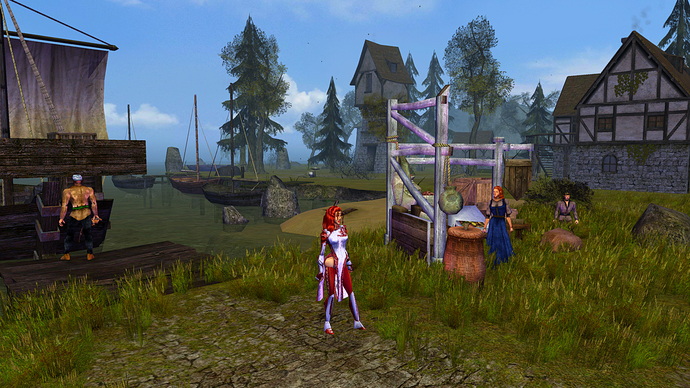 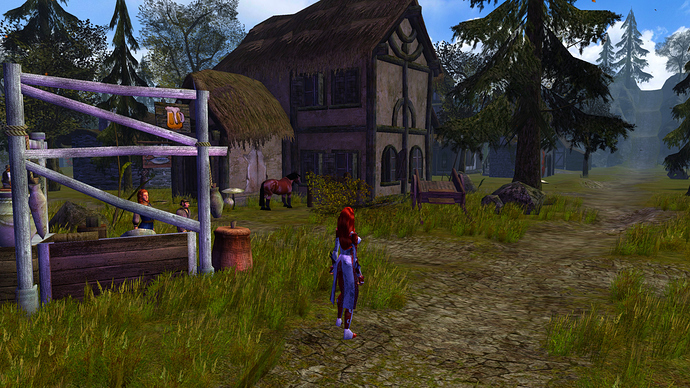 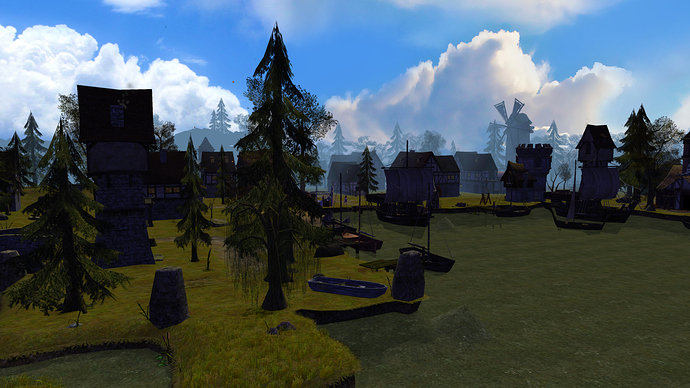