Well the challenge of making crazy stuffs don´t stop.
I see a new world, that seems your alter world, that has everything you have on your real life. But it´s a game

train_int.jpg1366×633 199 KB
I did it by using some simple plcs to look like a subway car, but as you can see, it´s not that good.
We need to be close the perfection, or something like this: 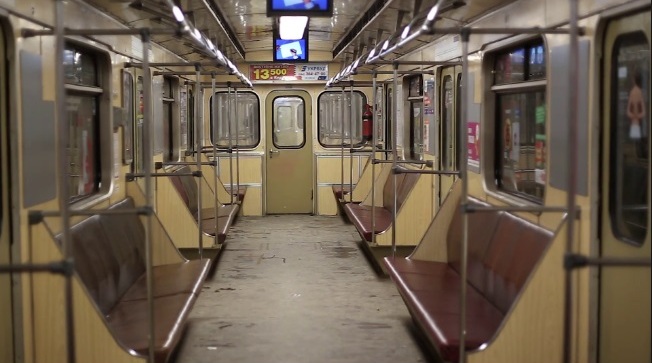 .
I mean that would be great a new tileset to that.
Featuring an useable subway wagon with metal ceiling, windows (so you can set a skybox on it), doorrways and dinamic lights. That tileset should be raised a bit so you can set any placeable floor to fit on the area around the car.

I really don´t know if it´s possible to make, but I´ll share the concept anyways.

Regarding the dimensions there is something to be said for wider tiles because in very narrow spaces it can be hard to fight and/or arrange cutscenes without the walls getting in the way all the time.

Heya guys! it´s Subotai again with a new pic from the Neverwinter multiverse! LOL.
To say the true, almost evething that I used would be from the awesome work of D20 modern team! Ty guys for that! An here is your credits and txs by doing all that! But it´s just the way that I found to explain about my concept to a new tileset, ok! So now… lemme tell about the NWN multiverse:
Is there a lot of possibilities on these magic realms and I´ll bring to you, very soon (I hope) more a timeline that can be accessed by any magic portal :D.
To explain my concept a bit more, I got it now: 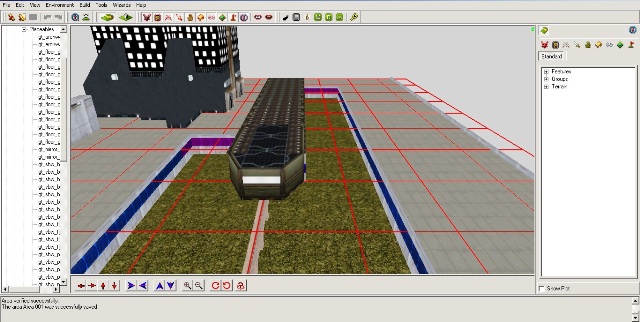 .
The subway car that I mean would be a sort of tileset feature, like a house, or a gazebo, that you can set in anywhere into that area. To solve the problem of narrow spaces as The Storyteller said, the car should be set, by using at least a square from the tileset as the standard measurement. So that car is a simple block that you can set in line to make the full wagon module. And I believe that it´s enough to RP anything (Oh, sure thing!!!..it´s being developed to work as a new RP area on any modern or (multiversed) server. I did it by using a future city tileset from Goudea: https://neverwintervault.org/project/nwn1/hakpak/tileset/futuristic-city-interior-starship-interior that would fit a bit better to explain this concept, considering all the restrictions on using a ton of plc´s to create the illusion of entering a true subway train. I believe that it can be done by reworking any microset or such, to add a new feature, but just a modeller can say if it´s possible.

No reason why it wouldn’t be possible. If I’m understanding this right, what you’re after is just a modification of already-existing models, so most of the work has been done for you already. Once you’ve got the modified tiles, you’ll want to add them to the tileset(s) in which you want them to be available as standalone features/groups, and that should be that.

You can see the name of the tile you’re pointing your mouse at in the lower left corner of the toolset:

Armed with this information, you can grab the NWN Explorer, and use it to extract the tile model and textures.

Definitely worth the learning time investment, if you’ve got a very specific vision of how things should look like ingame. Once you can modify models, you’re no longer bound by the limitations of having to work with assets that already exist. There’s lots of excellent modern stuff on free model sites, too, that could be ported.

And once you’ve got the modified tile, this looks like the next step:
https://neverwintervault.org/project/nwn1/other/nwn1-tileset-tutorial

So yep. Absolutely, you can make tiles that look pretty much any way you want them to. Full speed ahead!

Correct me if I’m wrong but from what you are saying makes me guess that you haven’t really done much with computer graphics either. If this is true there is something I made that might help you get passed any blocks you have in regards to making textures. First take a look at my TR’s Custom Shield Designs. Before you say “I don’t need any [expletive deleted] shields”, I created that with people who have done absolutely no custom content in mind. There are complete instructions so that anyone can make loads of different shields and get them in game. Using the simple but powerful graphics editor that I recommend in the instructions will give you hands on experience of the core things of using a graphics editor. Yes this is blatant self promotion but I do genuinely believe that it will help you.

One other thing. There may be something in this pinned thread on here that you find useful as well.

You are right then. I don´t know anything about creating new models, or using grafic programs. Since I started making modules, I have just used CEP haks and pre-made models to make any new adventure and share it with my friends. Is there some few stuffs that I learned, as editing a hak to use it, and changing some textures from any plc, but nothing else. As the modules that I did have used the same medieval look, everything worked pretty good till now. But this time, the meaning has changed. I´m working now on a module which requires some special things that haven´t yet been done, as the concepts that I´m bringing. In my next module, you´ll start on nowadays and you´ll have to come back to the past to finish the main quest. So, as you can see, I´m not a content maker, but I´m the person that tells a history. I´m real sure that I can make the module with some stuffs available on the vault and no more extra work would be needed. But, I believe that some new features would to make the game more interesting and refreshed, and this way, NWN will never die.

FWIW, that raw enthusiasm you’ve got there, combined with that specific vision for what something should look like will carry you through the learning curve and into something beautiful if you run with it.

Editing textures, and editing meshes, are about on the same technical difficulty level as editing modules in the toolset. Since you’ve got that working, it’s pretty much guaranteed that you’ll be able to learn this stuff, too.

Once/If you start trying - watch out for the moments when you’ve just got a hang of the controls and start making stuff, and it falls short of your vision because your crafting skill isn’t at the same level as your envisioning-what-you-want-to-craft skill just yet. It’s a pretty cruel trap - ironically, I think if you’re capable of observing something in detail and judging it’s quality level well enough that you’re capable of improving without needing someone else to constantly look over your shoulder and point out what’s wrong and how it should be looking instead, you’re more likely to be discouraged when you’re just starting out. But without that… is it even possible to reach mastery of anything?

If you get into those moments - counter that impulse with “EFF YEAH, THIS IS THE BEST THING I’VE EVER MADE!”, and get right back up on that horse.

Utilize that enthusiasm for the advantage it is.

I’d suggest checking out free model sites for stuff that could be ported in as placeables, too. There are a lot of assets (watch out for the licensing terms (and the poly count)!) out there that’d just need to be set up for NWN. That, or editing already-existing models, are probably the fastest routes for your purposes.

Shout if you need instructions, including for the beginning stuff like importing/exporting, camera movements, keyboard shortcuts, whatnot. They’re the biggest hurdles. It gets a lot easier when you’ve got those down.

Those walls looks suspiciously taken from Doom 3 or Quake 4… Soo… You could enhance them with their normal/specular maps! 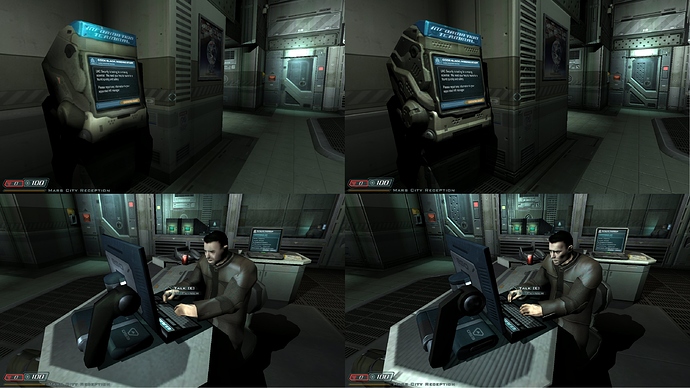 It´s from a D20 modern placeable hak, so I don´t know exactly where it comes from. And I´ll take more some long time just studying Blender to understand by all the nine hells what´s a specular mapping does. lol. For now I have learned how to create a box into the 3D window and resize it, but it´s a begin I guess. XD.

The textures are used on a series of placeables originally made by Xialya, I think, though I’m not sure where the textures were obtained. From what I can see in your original image it looks like you used a combination of those wall with doorway placeables and some of the items dragged from Star Wars creations by Goudea and Jezira. They should be credited in the documentation but if they skipped being mentioned I can have a dig.

I’d suggest the tileset might be a little wide if it uses the Starship Interiors as a base and you might want to narrow them down. I’ve frequently done so while creating starship interior areas.