Hey does anyone know if there is an updated version of the *TB_swamp tileset. I downloaded the version I have years ago. It is hard to get around it with your PC unless one clicks just a little ahead of yourself. But, if you try to click at a distance…it will not go. Also the gate is almost too difficult to pass through. I tried to find this tileset here on the vault but can’t…unless it is called something else.

Anyone know of this tileset and a fix? 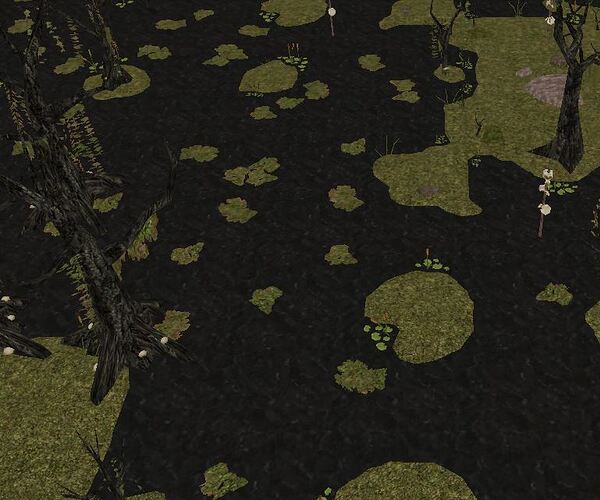 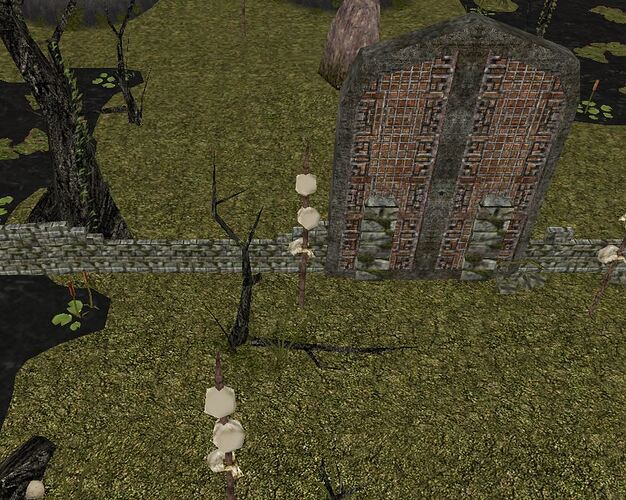 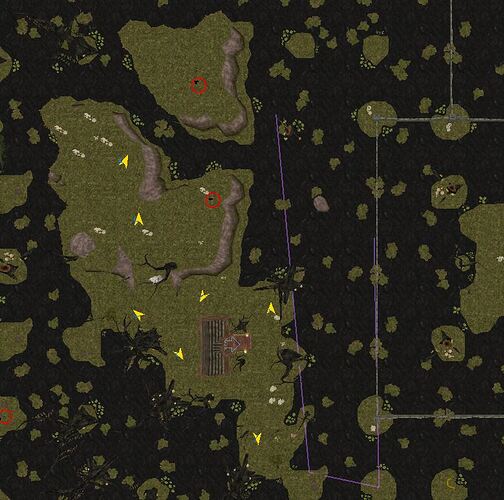 But is is not perfect. I recently remade my areas made in Daggerdale swamp into this and I notice pathfinding issues, lot of gaps between tiles if you zoom in and look very closely. But no time to fix it. And that was before Beamdog messed up pathfinding, so the issues you get now might be related to that if you use NWN-EE. Haven’t tested it on this patch yet.

Also note, that the gate model is probably not in the version of mine, at least I don’t recall seeing it before. And the tilesets might be incompatible.

Too bad I can’t overwrite my tileset with this…I want to download this, but your vault downloads are confusing on that page. Which download is just the tileset?

And did you try it?

You can override tilesets via GFF Editor. Open module, go into /modules/temp0, the area related files are *are, *git and *gic, name is equal to area resref. All you need is to open the area in GFF Editor and change the tileset resref. Can’t give you exact values right now, I will write more detailed answer later if you don’t figure out.

I am not saying it will work for sure, but it normally works if the tilesets are the same and differs very little (case of reskins or upgrades using different tileset resref than original which is likely this case).

EDIT: it is a third download, the fixes I did are based on a BTH swamp tileset, which I later found is a TB swamp tileset with very minor edits propagated on vault under its own name for no reason.

Oh I do use NWN:EE. Is this the old TB_Swamp you remade into your tileset? I looked through my list of tilesets I have I don’t even see in the toolset a TB_swamp…must be called something else in the toolset area chooser

I will put your tileset above my tileset haks…would that work? Also which of your files do I download from that list just for this tileset?

EDIT: But you say that yours also has path finding issues…right?

Ok…I found the .are, .git, .gic files you asked me to find. how do i send those to you? I can PM you here with my email if that works?

You get my email? Not sure if the messaging here works well. I sent to you in PM

EDIT: it is a third download, the fixes I did are based on a BTH swamp tileset, which I later found is a TB swamp tileset with very minor edits propagated on vault under its own name for no reason.

Split off because its BTH’s stuff reskinned it to look different from the Rural-based TB swamps, if I recall correctly. Same to do with his Daggerdale, which is why the other updated Daggerdale out there (Rosenkrantz’s Immersive Swamps) is also its own thing. You can technically shove all three into a module and have, three completely different looking swamps from the same base

When I played around with this tileset, I didn’t see anything overtly wrong with the walkmesh - such as gaps - when viewed ingame. Nor did I see any overt gaps between tiles. When I viewed the pathnodes, they were a complete mess - disconnected lines, wrong orientation, etc. Thus, I went through the SET file tile by tile and fixed them to the best of my understanding of pathnodes. At least now, if you view the tile pathing ingame, the lines connect. Testing also indicates the pathing is greatl improved.

That said, there are still minor issues around larger trees. If you click on the opposite side of one from far away, the PC stops when then reach the tree. If your origin is closer to the tree when you click behind it, the PC pathfinds around it. Could be the complexity of the walkmesh geometry, could be pathfinding needs more tweaking.

Thanks again for your help Pstemarie - much appreciated

Ok, so you need to find the area file in nwn user folder/modules/temp0. The name of the area file will match its resref - that you can find out in toolset when you open area properties. Also, close all areas in this tileset in toolset if you have them open. And make a backup of your module too just in case.

After that you need to open the area file with *.are extension it with GFF Editor. Either run GFF editor first and open the file from it, or try open the file and when windows ask what to open it with, select browse and find gff editor. GFF editor should be in NWN install folder, but that depends on the distribution Beamdog/GOG/Steam/Diamond, so just search for it beforehand. Alternatively you can download it from vault and put wherever you want: Modified GFF Editor | The Neverwinter Vault

After opening the *.are file you will see something like this: 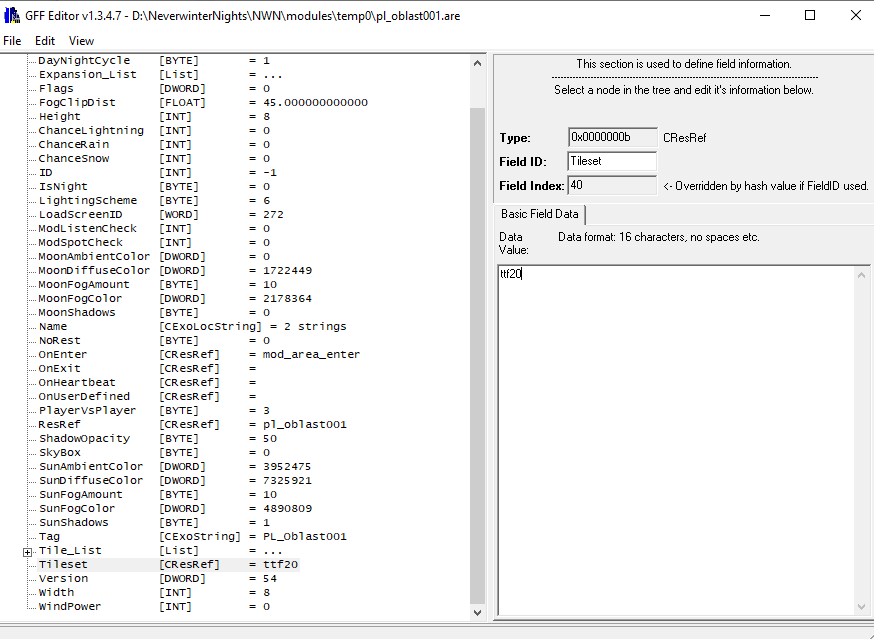 area874×639 18.6 KB
You need to click in the left side to Tileset and then edit the value in right window to tbs20 (and it should be bog01 originally). Save and exit, then open the area in toolset. If it crashes, then unfortunately the two tilesets aren’t compatile and you have to trash this and close toolset without saving.

But if it doesn’t crash the tilesets are exchangeable (at least in old->newer direction) and you can use this version instead (which doesn’t have the issues that Pstemarie fixed, or at least I haven’t notice them, and which looks much better too). You can also remove the old TB Swamp tileset haks from hak list. Just be sure to change all areas like this, otherwise they crash toolset if you remove the original hak.