The Rhine strives to define the segment of Historical Fantasy Roleplay in NWN:EE.

The Rhine is a level 10 capped action-roleplay world set in 307 AD in the late Roman Empire. It is a solo-friendly, crafting-intensive canvas upon which many tales will unfold!

Tricensimae is the name of the main settlement, located on the banks of the Rhine. It is a proper Roman colony featuring numerous shrines and amenities for the civilized individual and barbarian alike.

The server is currently in a beta testing phase: it is by no means considered finished.

Join The Rhine Discord for announcements and to share ideas!
https://discord.gg/TcQ96qq

Visit The Rhine on the web:
https://rhinenwn.com/

Visit the gates of Tricensimae… 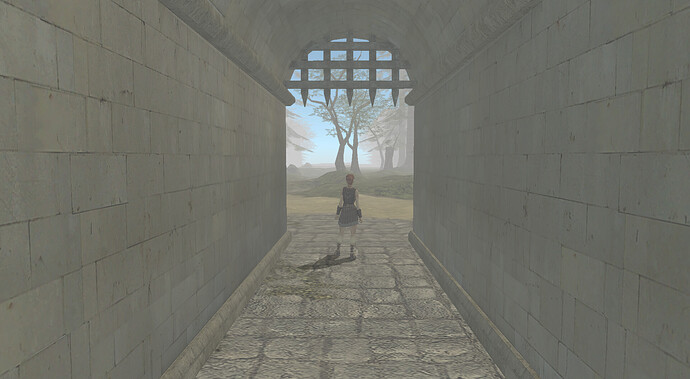 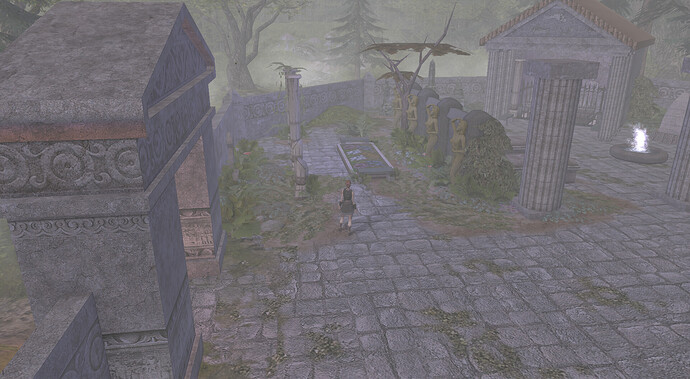 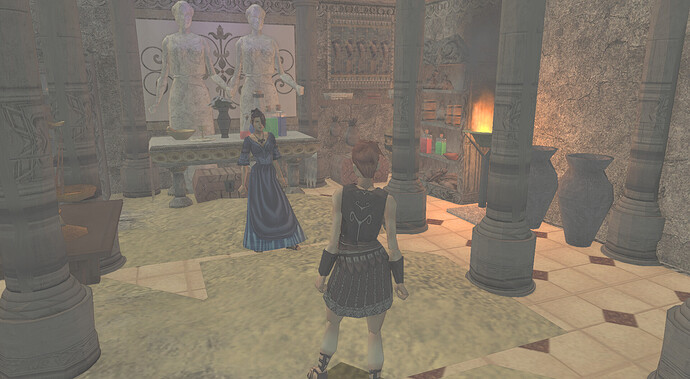 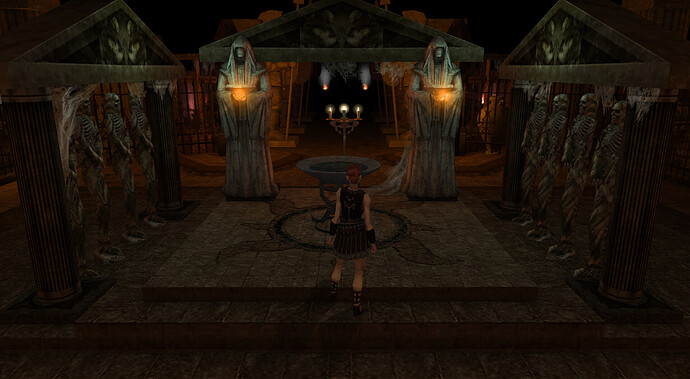 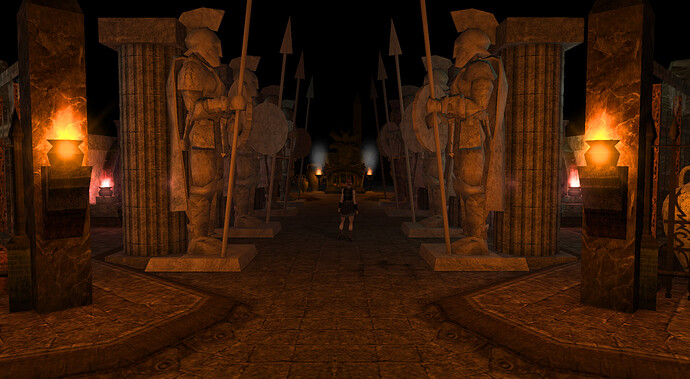 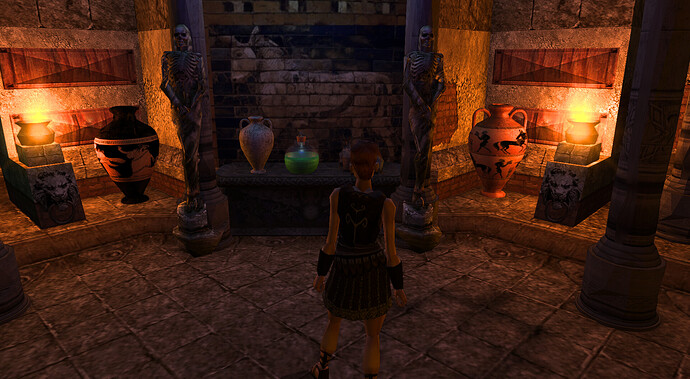 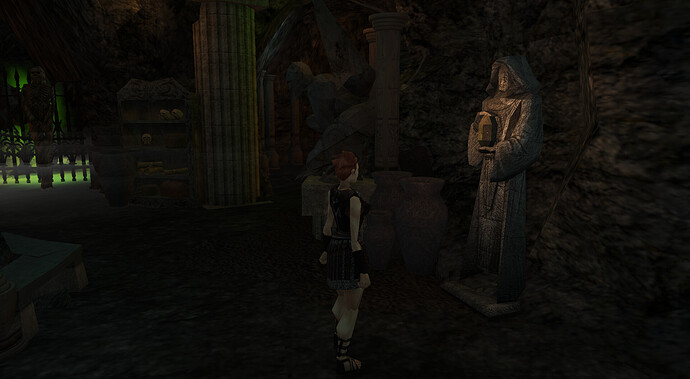 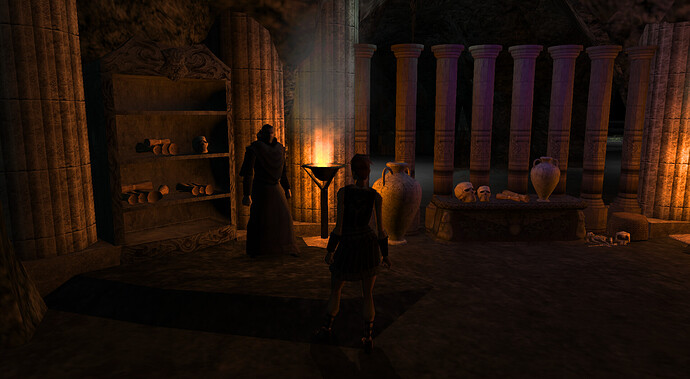 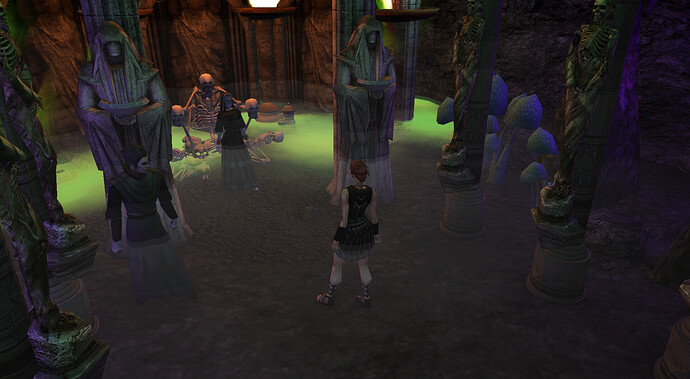 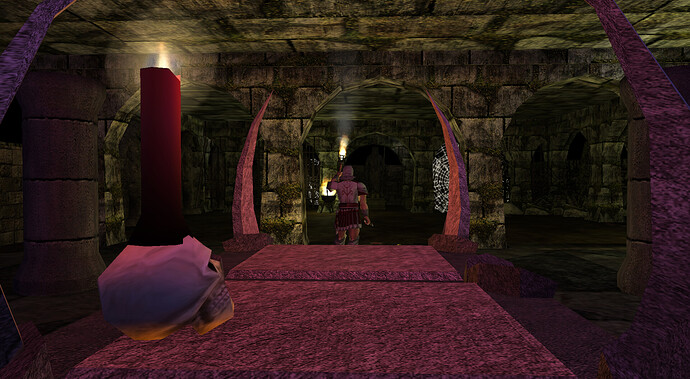 A great deal of enjoyable research has accompanied The Building of The Rhine. This research included sourcebook materials which provided recommendations such as the removal of the evocation school in order to preserve the atmosphere of magic in antiquity.

Yes indeed, The Rhine is set in a “Sword and Sandals” setting where fighters and combat prowess make the world go around. Even so, the capabilities possessed by non-fighting PCs are highly desired in their own right. When speaking about many of the modifications that make a historical fantasy campaign kosher, I decided that a summary of the 2da changes would be a good place to start. These changes can also be described as changes from vanilla NWN.

Base game changes at The Rhine (*not an all-inclusive list… just the 2da stuff!)

There is much to learn, and always so much to document… see you next time!

Come see more and say hi at The Rhine Discord! 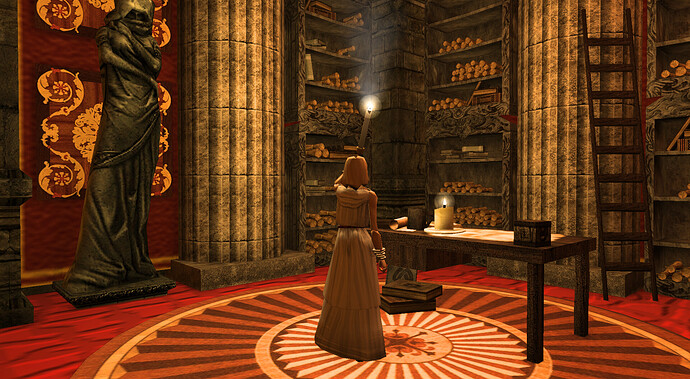 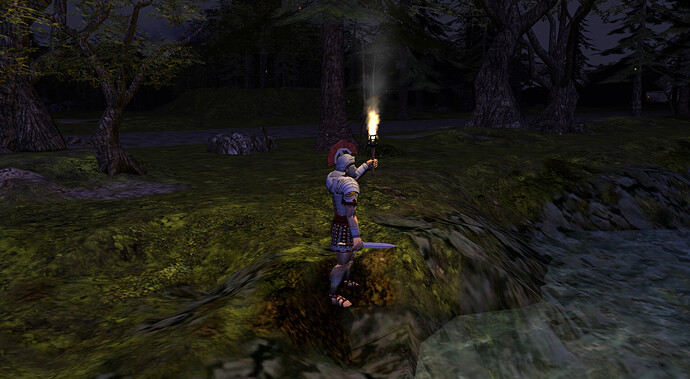 Who
Pliny works on The Rhine with help from an area builder named Red! When speaking of himself in the third person, Pliny thinks of himself as a curator for The Rhine. About 60% of his time working on The Rhine is spent writing scripts.

What
The Rhine is an action roleplay server where fame, fortune, and the favor of the gods all await. As a level 10-cap server with many unique character possibilities from the moment of character generation, The Rhine seeks to embrace the spectacle of combat. Spectating is a sport in and of itself. A character can be a Gladiator, a Roman Legionary, a Philosopher-Mage, a Roman Witch, a Roman Politician, and many other possible options. As characters explore the opportunities in the city of Tricensimae and the ruins of Colonia Ulpia Traiana, they will eventually prepare themselves to stake a claim. Whether they will seek great riches and embrace Roman lifestyle and luxuries or find a way to oppose the empire is the decision of every character.

Where
The Rhine server takes place in a very rich historical location along the banks of the Rhine river. The area was originally settled by the Romans as Colonia Ulpia Traiana, but that colony was sacked by the Gauls. Tricensimae is the name of the newly rebuilt military colony, named after the 30th legion situated nearby. Today this settlement is known as Xanten, a town in Germany.

When
The Rhine is set in the year 307, and Constantine is the emperor. This is the late Roman Empire. Inflation is a huge crisis! Over time, the amount of precious metal in currency has diminished. In 268 AD when there was only .5 percent silver in a denarius. The typical amount of inflation in game is at least 10 times normal prices. The empire has gone to great lengths to subsidize certain services and regulate the price of various goods.

Christians are no longer persecuted by the state authorities, and they make up 5-10% of all Roman citizens. Christianity is still not recognized as a legal religion. One of the most important tenets for a Christian character in 307 AD is, “Thou shall not kill.”

About the Mod
The best summary of the core systems affecting play is The Rhine Feature page, here:
https://rhinenwn.com/features/

This list is just the beginning! Feel free to join us here at The Rhine to ask questions or get to know fellow fans of Historical Fantasy:
The Rhine Discord 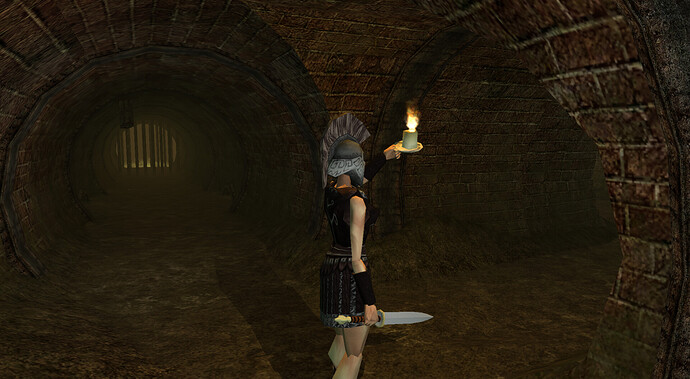 Please enjoy some more screenshots from The Rhine!

Since the last time I was here, I have added Henchmen to The Rhine! And also new runes and new relics and new enemies and unique enemies and other innovations to make you want to write home about.

The latest and greatest is always in some jumbled sort of form, here: 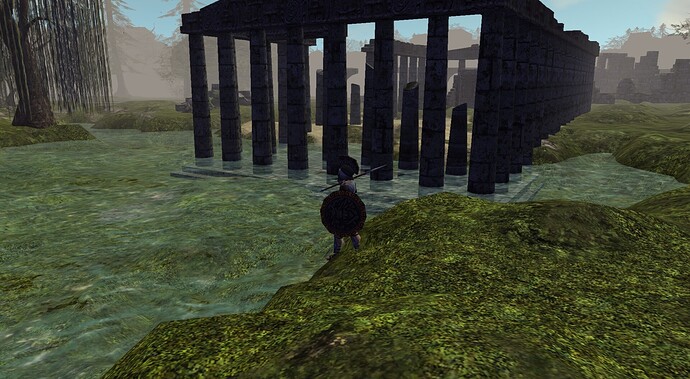 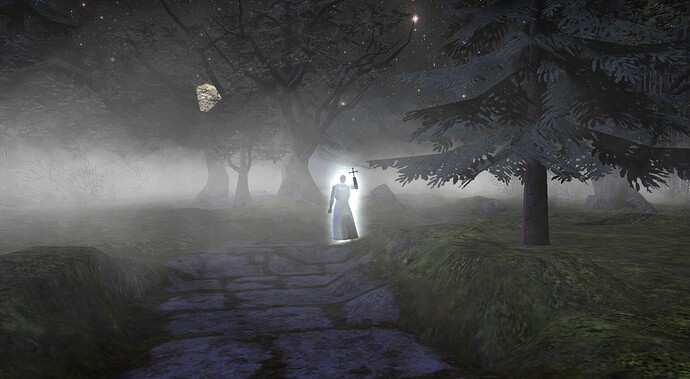 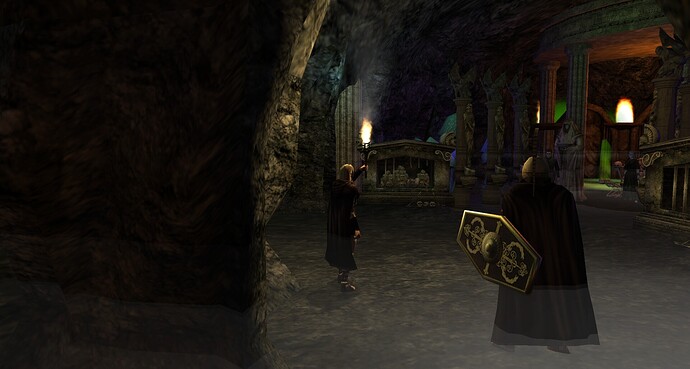 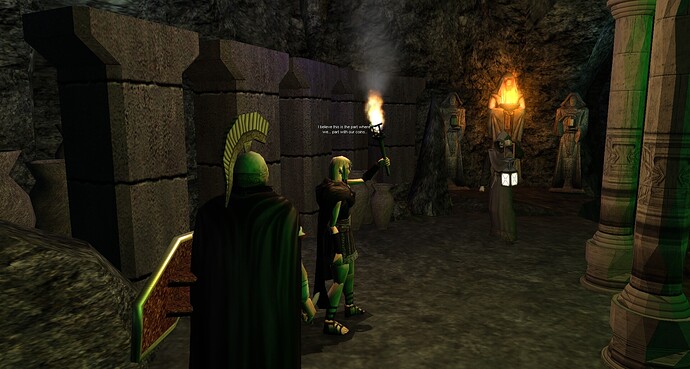 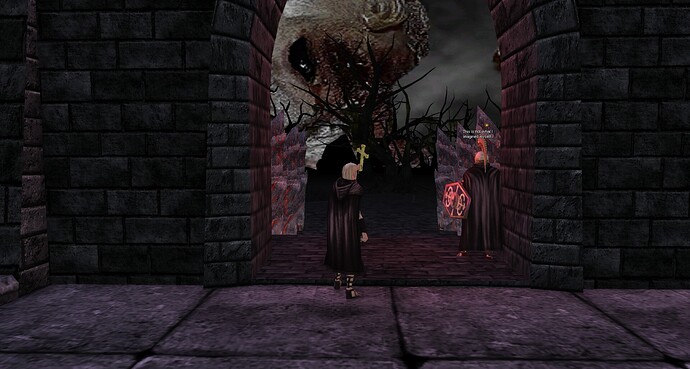 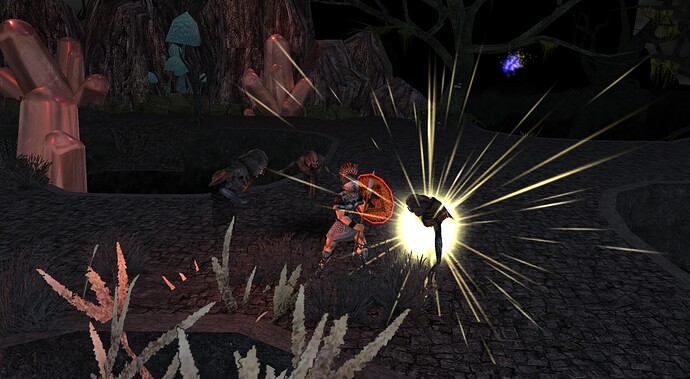 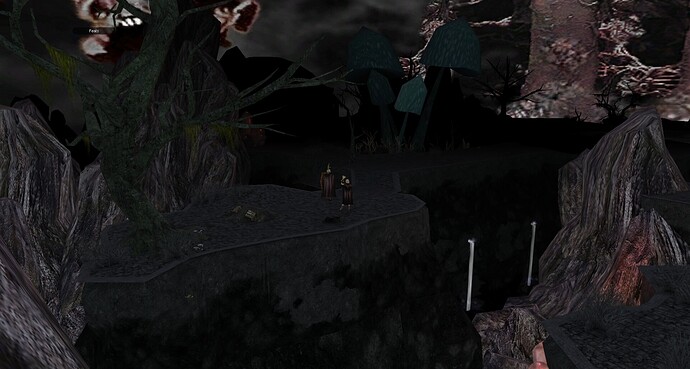 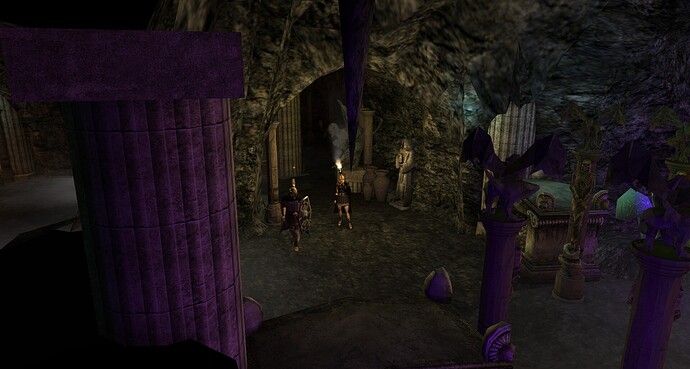 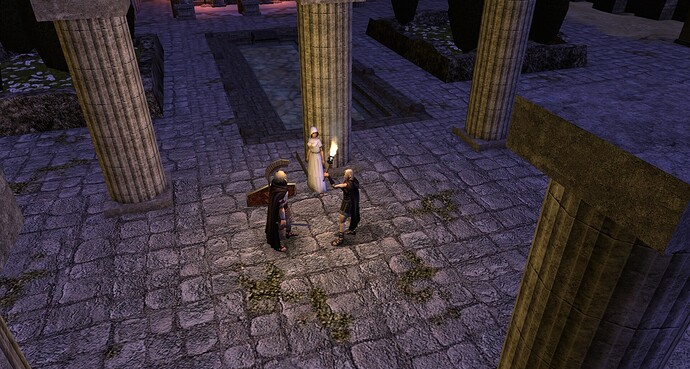