However, newer versions will be backward compatible with each other from v1.50E.

The next release will be as v1.50E to demark the changes.

This post has now been given a generic title to ensure I can keep all updates within a single post. Please keep an eye open for it in future if you are playing or following this module. Thanks!

This is also the place to give constructive feedback or ask any questions relating to the gameplay of this module.

(*) The erroneous Homicidal Maniac feat will remain (if gained), but it does not overtly affect gameplay. 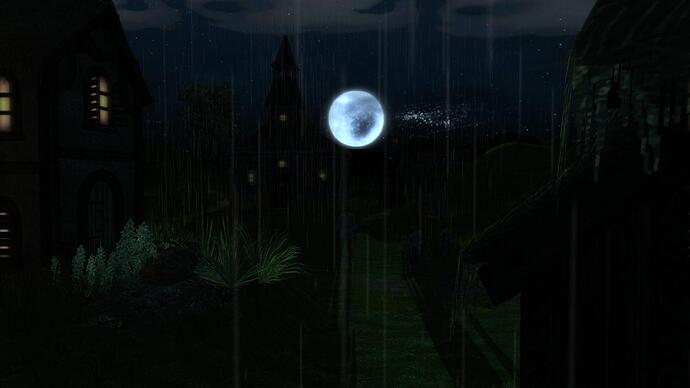 As I work with module 2, there have been significant changes that have filtered down to module 1. I am currently play-testing (SP and MP) the latest changes that will be available in module 1 from v150E. Check the list below for some of the updates and fixes. I will update this post if I make any more additions, and will post when the latest release becomes available at the Vault.
.
.
.

However, newer versions will be backward compatible with each other from v1.50E.

The next release will be as v1.50E to demark the changes.

Just a quick update to say the latest SP play test of The Scroll (Mod 1) v1.50E should be completed some time next week, and I will update this post again then to let you know when the zipped module and campaign files are available.

In the meanwhile, this post is also a heads up to point out that the large “OTHER” zipped file required to play the module was also updated to fix some doors and colours among other small details. This file has been uploaded now, so anyone interested can download this large file in advance if required.

At last, the latest v1.50E is now available for download.

You will need all three latest essential (v1.50E) files to play.

There are many updates and further code efficiencies now. Hopefully, it will be a good version to play. It will remain “untouched” unless anyone should happen to report any drastic issues.

Thanks everyone for your patience!

4th March 2022: Updated second version of v1.50E campaign, which addresses three minor points. So minor that the version was not updated, and does not require an update unless you really want the latest campaign files. It addresses the following 3 minor points …

This is a CRITICAL UPDATE IF you have NOT set a PLAYER NAME when INSTALLING NWN2. It fixes the map system for such players (SEE NOTES), as well as other potential issues related to a player name. If you need this fix, then you MUST START AGAIN (SORRY). (*)

(*) You can test to see if just updating the campaign folder will work without starting again for you, but I am unable to guarantee if you won’t encounter other issues.

If your NWN2 setup has a player name before you started, then you can apply this patch if you want to fix a potential light issue and some TYPOs, but is otherwise not essential for you.

Uploaded a second time with some minor cosmetic updates.

Uploaded a fourth version, which also addresses players who may be using a screen resolution different from 1920 x 1080. There is a puzzle that may need its GUI moving on-screen for players that do not use a 1920 x 1080 resolution. This latest update removes the padlock completely (that can break the puzzle) and simply enables dragging for both GUIs.

The Scroll (module one) is currently undergoing some extensive testing with a new experienced player, Olivier Leroux, and a few issues have come to light over the last week or so, which I have now addressed. Of all the issues, only one is potentially game-breaking, but players will benefit from all the latest patching regardless. (Number 4 in the list below.)

The Scroll | The Neverwinter Vault

Of all the issues this latest version fixes (and previous from v1.51E), here are the most important fixes to be aware of … For a full list, click here.

Without the patch, each of these issues can be worked around as follows …

(1) Don’t approach the boathouse door until you have found and spoken with Billy.
(2) If possible, fix weapons yourself. Do not use the dwarf.
(3) Do not bash Monty cell door, but locate the key and use it instead.
(4) Try avoiding, or deliberately fail checks, that persuade Aubrey you don’t need a permit to enter the cave.

However, all these issues (and more) have been fixed in the latest patch v1.55E.

Version B of v1.55E has been uploaded. It addresses an AI issue where a controlled PC with AI OFF (puppet mode) is NOT supposed to follow. This stops such a PC following when it is in puppet mode and the controlled PC is switched. UPDATE: Broke conversations!

Version C of v1.55E has been uploaded. It fixes broken conversations that I broke with version B. Sorry for the mistake!

Just a quick update to inform you that v1.56E is now available …

It’s a minor fix that stops the HP bar from showing full if you have the Observe Condition feat, but have the feat currently disabled.

Sorry to have to report that an important gaming mechanic (revival of companions after a combat) was broken in v1.55E - 1.56E. (From around 3rd April until today.)

I have the latest v1.57E ready to upload, but, unfortunately, there appears to be a problem with the Vault currently limiting me to 2mb uploads at the moment, and so I cannot bring you this latest version until it is fixed.

ISSUE: If only the MainPC survives a combat, then companions are supposed to revive if the player has chosen the “Companion Protector” feat. However, currently, this fails. WORKAROUND: Save the game with the dead party and then reload it. The companions should revive.

I will update this post as soon as I have been able to update the latest version.

Just a quick update to inform you that v1.57E is now available …

Just been updated to 3rd Revision of this version …

Just a quick update to inform you that v1.58E is now available …

Unfortunately, it seems I have introduced a problem in v1.59E that needs addressing. The encounter (conversation) with “Dringle” in the Holy Crypts is causing some sort of memory leak by the looks of it. I am looking to see what the issue is now and will update a latest v1.60E when available.

The issue was not present in v1.58E, but that had issues with some “immortal thugs”.

Sorry for any inconvenience. I will update when fix is available.

UPDATE: OK, I found my memory leak. The affected script affects two conversations … The one with Dringle in the Holy Crypts and another with Astend after his rescue. I will make sure the latest files are fixed and update and let you know when available.

(*) MUST have this fix in place before you speak to Dringle, or game will slow to a crawl.

Will update you when all fixed.

UPDATE: OK, I found out where I had accidentally transposed a variable in the acquire functions. This has now been fixed and I am about to upload again. Basically, it has the same fixes as before, but with the fix to the accidental issue too.

1) Fixed a stacking issue broken in an earlier version. (*)

(*) Applies to special containers and items collected for them via PC not carrying container. Ensure items go to correct containers and stops spamming feedback.

Latest update for The Scroll.

There were quite a few minor fixes in v1.61E that were optional. However, I have now updated to v1.62E as I broke a setting in a later v1.61E (ver 2) that made Empire Guardians attack within the Guildhall, even during the daytime. Therefore, v1.62E addresses that issue. I apologise to the one person who had managed to download that version before it was spotted.

1) Fixed Empire Guardians turning hostile at Guildhall during the daytime (*)

(*) WORKAROUND WITHOUT THIS VERSION: Drop soil and pick it up again.
(**) Cosmetic only. Does not affect play.

NB: There were no module folder updates between v1.63E and v1.64E.
(See important updates for module v1.63E below.)

MODULE UPDATE (Require fresh start with v1.63E to benefit from): -

Fixed/replaced STORE ITEMS that used the older “(SINGLE USE)” property instead of the newer “(ONE USE)” property, which had been missed in previous updates. The older version of the affected items erroneously uses two items from a stack of items if used, and does not have any fail-safe if used accidentally. The new version uses stacks correctly, and has an additional fail-safe to prevent usage where not required. The newer versions also work with quicklsots compared to the older versions that do not. Such items include things like “rations” (if eaten manually) and useable items that can stack, like “Ooze Oil”. Read workaround for earlier modules below …

WORKAROUND FOR MODULES PRIOR v1.63E: To prevent using two “SINGLE USE” items at once, split the stack to a single item before using. NB: There is still no safeguard if you use it when not required prior module v1.63E. If the item says “ONE USE”, then it should work fine.

UPDATE: I am currently updating to v1.67E as I have left in a debug conversation that has broken companion conversations if you ask them to wait. I will inform you when done. WORKAROUND: For the time being, try not to ask a companion to wait.

Another potential issue that could arise has been addressed … and some other code improvements that were in a previous update.

(*) Advise not entering the Guildhall via back entrance without this latest patch. Also addressed a potential memory leak.

NB: There are still no module folder updates between v1.63E and v1.65E. (Just download the campaign folder for latest fixes.)

The problem with “code improvements” is they sometimes require a small teething stage … my apologies for any inconvenience if these have affected you. This latest update should address some remaining update issues. Do let me know if you have any remaining … and if I discover any more, I will be sure to let you know and provide another update.

(i) Introduced in v1.64E after some code improvements to the counter and end of round checks.
(ii) Debug left in by mistake causing “upset” response too early.
(iii) Cosmetic only.
(iv) Spawn variable was missing after an earlier alteration.

My apologies for introducing a game-breaking bug, which was introduced in v1.65E (13th July) where a small 0.1 sec delay broke some code. This latest update needs to be in place prior the encounter within the Chaos Vortex to ensure all goes well. If you do not have an easily accessible saved game before this, I can provide a Quick Fix upon request.

(*) Introduced in v1.65E - Sorry! MUST have this patch in place before encountering final Tormentors or a vital conversation will fail. If you are already in this state, request a Quick Fix from me. You will know if you are in the broken state, if you have killed all the Tormentors surrounding Astend, and the journal will not have moved on allowing you to now speak with him.

On another play through, I noticed the updated auto-pause code was reacting to non-reachable hostiles, making the Combat GUI and Enemy Counter go awry and either open too soon or not stop at all. These were frustrating nuisances for those that liked to use the systems and so needed addressing … This has been done with v1.71E.

Another play through found only a handful of small issues, but enough to warrant a further update to v1.72E. For the record, this post is now the only list of earlier updates, as the download page post managed to delete all previous lists when I edited it this time around.