For those following: The Scroll Module 1 will be having another release v1.36E in the coming days/weeks ahead. My wife is following another path that can be taken and experimenting with some other areas of code that have had some “lighter usage”. I have also been making improvements with the code while progressing with Module 2.

NB: None of these issues are game-breaking, but there are some that are “annoying” at times,and so I consider it an important update. You are more likely to encounter these issues if you are playing hard-core mode (death) and/or do a lot of crafting.

Here is the list of fixes, which I will continue to update until testing is over …

(*) Will also require the updated v1.36E Module. So wait until then if you want these fixes.

Finally improved the water in the boathouse!

From placeable object to the real stuff. 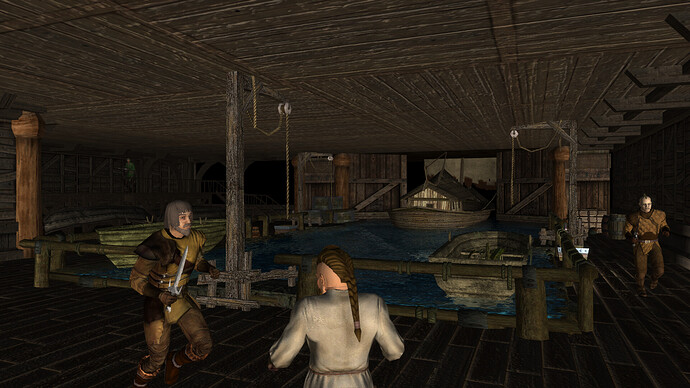 Thanks to all those who have been patiently waiting for the latest v1.36E of The Scroll, which I have uploaded today. It addresses a large number of “niggling” issues, which are listed in the first post above.

Please let me know if you have any other issues or need any other help from me in this thread.