The Vault of the Damned I quest help

How do you complete the “The Beregost Orc Tribes” quest?
I have killed all the Orcs in area 1012_a_vd_orcs and 1013_a_vd_orcs2, and I have the Orc chief’s head, but the journal didn’t update.
I went back to town and tried to talk to both priests, but neither have a conversation for it.
There is one orc who died, but his body isn’t lootable, so his corpse doesn’t vanish, could this be the problem? 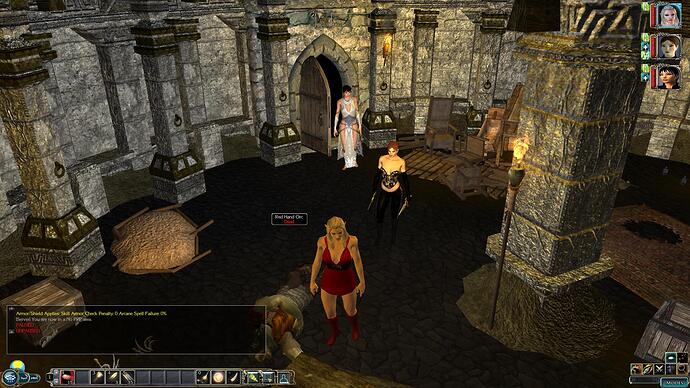