That’s the problem:
If i copy a creature with feat dragon ability, so a red dragon disciple, or a creature with a epic feat greater ability, the function start with copy creature with its stats, than apply all the feats, with the result to apply the ability score mods two time.

I think this is a very old knowed bug since 2006.
Has anyone developed a solution over the years?

Otherwise I believe I will have to develop a function that understands if a given creature has the above-mentioned talents, and does all the math to adjust the skill scores to the correct values.

But maybe someone has already done it …

No reply?
Ok, anyway, I fix it.
I did a function that recognizes the presence and level of the aforementioned prestige class and of the various epic talents of increasing skills, and then correcting them based on the need.
It works flawlessly, so I feel satisfied.

I solved this problem by doing a bit of counting, and everything works perfectly.
At least I thought so.

Well, this trick works if the character is human.

If, for example, the character is a gray orc, everything works correctly on increasing or losing level, the statistics given by the dragon’s disciple are updated.
No bugs for gray orcs.

I only tested these three races at the moment, and honestly I’m getting tired of being slowed down in my work by this bullshit.

I hate to do this, but in a spin of shameless self advertising, I will point you to my Collection mod page, among those mods you will also find a rebuilder that allows to relevel from level 1 and reset ability scores (this keeps track of Dragon Abilties). 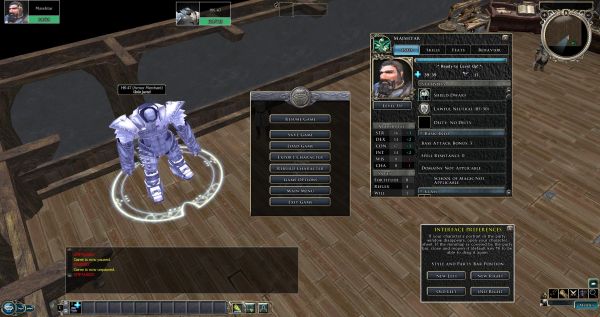 Addon that includes bug fixes, interface change and a tool to rebuild your character.

The rebuilder works fine until level 40, past level 40 it doesnt work anymore, sooner or later I will have to fix that, but for the time being, this should be something that would help you with the releveling of characters with Dragon Abilities.

I’m sure it’s a great job, but I’m creating a module without custom content, so I can’t use overrides. : - /

I’m not sure what you mean, you can implement it via hak if you don’t like overrides.
(besides, unless there’s some peculiar conflict, this mod is meant to work on all modules, on principle).