I wonder if anyone else has seen this?

PC is facing a door and opens it.

Behind the PC, 2m from the door, is a trigger which closes the door on return to the corridor.

If an associate was standing near the doorway when the door was opened, when the PC goes through the doorway, they appear to enter the room briefly, then jump back - the door closes, and they are outside again.

Diagnostics show that the trigger behind the PC has fired (even though they never visibly entered the trigger) and the PC’s location at that time was about 0.7m inside the trigger.

It’s obvious why the door closes. It’s also a commonplace engine bug for blocked PCs to apparently move forward then jump back (though in this case the associate appears to stand aside). What I can’t understand is why the trigger fires, or how to detect that false entry.

The door closing probably moves the PC. My BFF use to rail about how annoying it was using the keyboard and being pushed back through the area transition, while players using the mouse to move would not. Might be related.

Course, you also get knocked to the top of castles and stuff sometimes, which is interesting, though you can get trapped.

Can you share an example module or a screenshot? Can you easily reproduce it in a fresh module?

Minor correction to the OP - in this example. the PC is inside the trigger when the action begins, but I can’t see why that would make a difference.

I’ve checked that the trigger is PC-only and that nothing inside the room can close the door or force the PC back into the trigger.

A workaround which seems to resolve the issue entirely is to make the trigger dumbbell-shaped. When the PC enters the trigger, the script jumps the associates to that position, to ensure that they’re outside of the door before it closes. With the dumbbell shape, the associates end up further from the door. Also, even if an engine bug forces the PC to take a step back before entering, they will not step into the trigger. 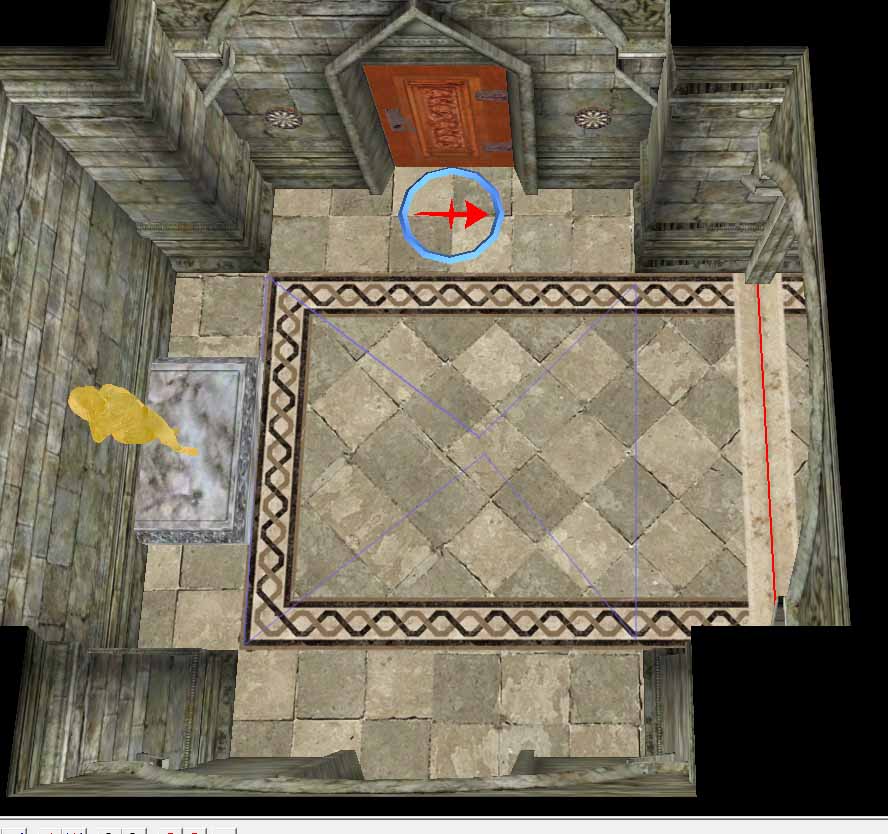 So the door is supposed to close only when PC goes out of the red floor room? And somehow the closing trigger is fired, shutting the door in PC’s face.

Did you try these methods?

As a yet another workaround, perhaps you could add another trigger on the other side that acts as a switch for this one? This way nothing should happen in the corridor until the PC has actually walked through. Or move the closing trigger to the next corridor segment boundary?

I tried all of that except keyboard & debug mode jump.

However, none of those options really help, because in a live game the player will have associates and won’t be constrained to any special moves.

I guess I’ll stick with the workaround.