Has anyone else in here ever looked through the lod-merged files? I came across many files with strange names. Apparently, an animation for mummies involving running with a bow, and even the Balrog whip animation set.

I haven’t looked through them. Sounds interesting.

I looked there myself now and found two that look like this:

Yes ive looked through it many times, is there something specific you’d like to know?

Do the EMO animations work? It doesn’t seem like it. I did a test where I looped the EMO_smile and it looks like this: 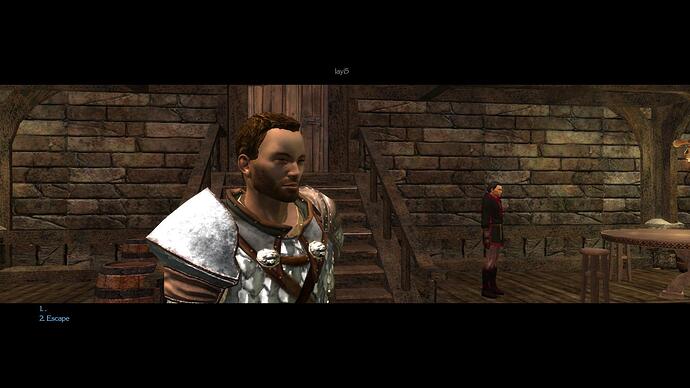 It’s like he’s trying really hard to smile but doesn’t quite know how to do it, lol.

Have you tested any of the unused animations? I was curious if someone already knew how viable various ones were to use.

Yes ive tested quite a few of them, i also create my own animations. and try to teach people how to make their own or override old ones.

If you are interested its something i can show you how to do. I can be reached easier on Discord. Im in the community channel.

Looks like the animation is working, perhaps the mesh isnt weight painted to the facial bones.

So, you mean the EMO animations in themselves are working then, but somehow not connected to the faces? I mean, these faces can talk (move their mouths) so therefore: Could really the mesh be the problem here?

Thanks! I may need a review. It has been a few years since I messed with NWN2 animations.

@andgalf, did you try using any of the standard heads that come with the game?

@FaerzressSparkles - Actually, no. Maybe they work on them…could check I guess.

@FaerzressSparkles @Kism9000 - I tested with an empty override folder, without any new faces. It’s the same. Nothing happens when using the EMO animations, so somehow these were never activated perhaps? Maybe that was something that Obsidian meant to do but never got around to?
You thought these animations worked, Kism…Is there someway to make them work…on any face really? Maybe I’ll try one of the new ones that 4760 made mouth movements for, see what happens…

EDIT: Seems like I get the same result. When putting the animation on loop, I get the feeling something is happening, like it tries to smile but only gets halfway there.

@andgalf Yes, if the mesh isnt connected to the mouth bones it would act as if it were not talking. the eyes seem to be working though from what i see.

And yes, pretty much every face comes with animations, it depends more on who created the Heads and how much effort they put into making sure the face is accurately functioning with the bones.

@FaerzressSparkles Ah, a good time to start back up

i posted a tutorial in the dev channel you can check out and ask questions on, i am planning on making a tutorial soon for it aswell.

Seems like I get the same result. When putting the animation on loop, I get the feeling something is happening, like it tries to smile but only gets halfway there.

So they probably didn’t make the facial bones move enough… Let me try something.

What I’m curious about is if there was a way to maybe redo the animations somehow, by perhaps importing them into Blender (what do you think about that @Kism9000 ?) or 3D Max, and then they would work for most faces. If that was possible that would be a great step forward with NWN2 animations, I think.

Edit - @Kism9000 - I tried converting the EMO smile animation to fbx, and then imported into Blender, but as usual I have no idea what I’m doing, so I don’t see anything. I think it’s not as easy as I hoped it would be to check one of these animations…ah, well, well. You and 4760 are the experts here. I’ll let you see if you can figure something out.

So, the result is that the animation works, but the facial bones (f_rmc and f_lmc for those interested) have too small an influence area to have any significant effect.
Idle: 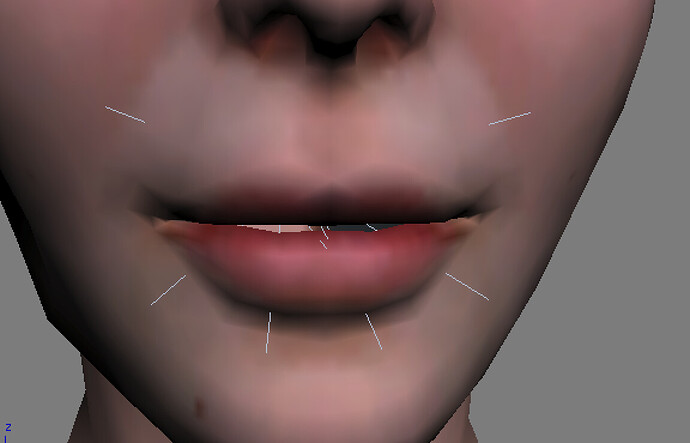 Increasing the weights on the area of influence is likely to mess up with all the talking animations, for a result not too different (I only tested head01, but still…)

Ah, too bad then. I guess we’ll have to abandon this then. Still, it’s interesting to see that Obsidian probably thought to use this at some point, but maybe abandoned it.