Hello everyone, I read this article about the different x2_inc creature AI switches, but they do not seem to do anything for me. I set “X2_L_BEH_MAGIC” to 100 in the rightclick>variables menu on the creature already in the area (not in the palette, so this is not a case of not hitting update instances).

The creature in question is a custom made (with the creature wizard) shadow dragon with a large number of monster abilities, such as pulses, and dragon breaths, etc. However, he almost never uses them! He always starts combat by activating the dragon fear effect, and then makes a beeline for the player and melees. This is very frustrating, because a large part of this character is their custom monster abilities, which I cannot seem to figure out how to use.

If there is a better way to get him to use the abilities, I would like to know, but I would also like to learn how to properly use these switches: I do not like to give up, as I am sure you all understand.

Here are some possibly helpful pictures (I enabled the random name variable to confirm once and for all that the switches had no effect, and I presume that since his name did not change, that they are not working): 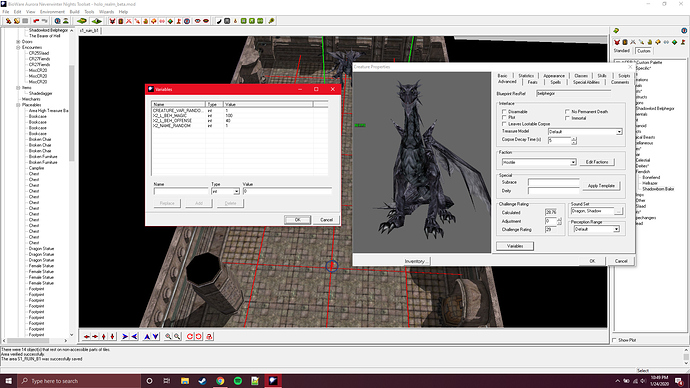 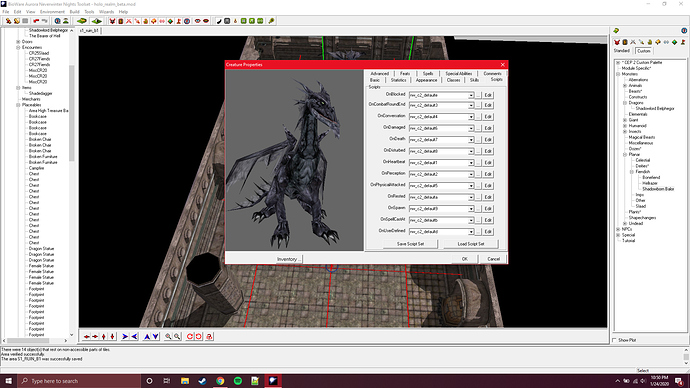 If you have any AI mods, try removing them.

According to many archived forum posts, it works, though the logic is complicated, depending on the case.

I wonder, though, whether monster abilities count as “magic” for this purpose?

Others will know more, no doubt…