As faces of you will have seen, last summer I looked at this incomplete old tileset on the vault and thought it had a lot of potential. I’ve been working to make it similar to LOTR’s Esgaroth city, which has been my source of inspiration, especially since I’ve always wanted such a tileset since playing nwn.
I worked to make the new version compatible with the old tileset so that anyone who used it would not find problems in their modules, maybe some placeable ones might have positioning problems on 2 tiles, but things that can be solved quickly.
I have come to a good point to release a beta version.
I got edge and minimap working.

I would also like to do some areas on the cliffs, but they will come up ahead.
I have not yet decided whether to leave everything in the water or insert landscape elements.

If someone once released had to create additional content for it they would be happy to consider including them in the tileset wish.

One more thing, does anyone know if he is still on the vault with another name or is in contact with the original author?? 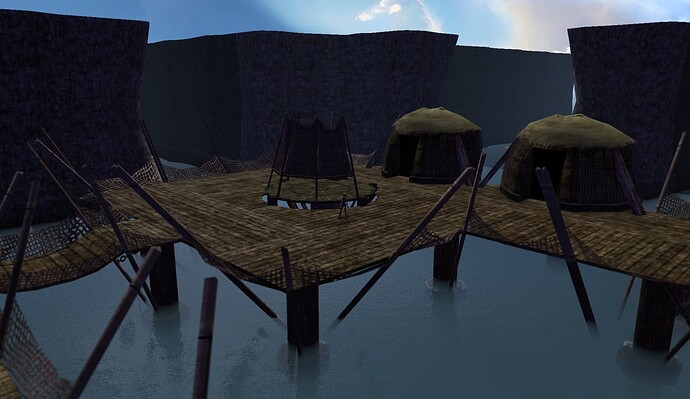 This is a really great effort. The water city looks very immersive. It has me sort of thinking about Lizardfolk! I really appreciate and applaud the decision to include some cliff/landscape tiles. This makes it workable even for large lakes.

I might even consider using this for a large underground lake I’m planning, where the residents try to avoid the slippery predators like aboleths. The cliffs are helpful for that sort of thing too.

I would use a placeable version of some of these water platforms as well.

One more thing, does anyone know if he is still on the vault with another name or is in contact with the original author??

I don’t believe we ever saw Gaia after one of the original posts there, I’m not aware of anyone being in contact with them unfortunately

This would make for a great pirate stronghold, too. Or with a change of the water and a bit more muck and cypress, a swamp/marsh community.

Incredible work, is there any available version to test out your version?

I don’t have a suitable version for release yet, but I hope to succeed soon.

keep us up to date!! I will love to implement your water villages in my modules 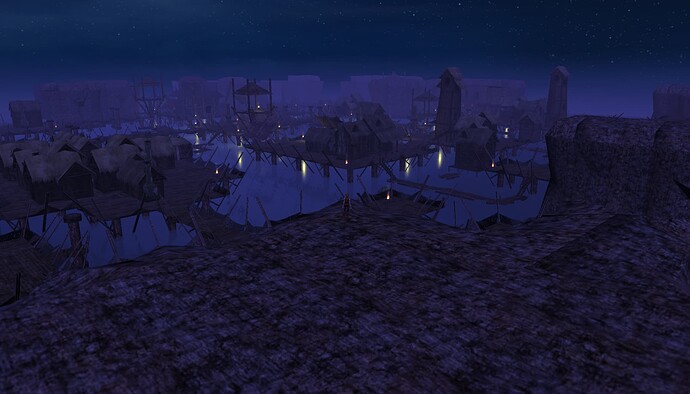 this is really beautiful work, quevy !
keep it up. 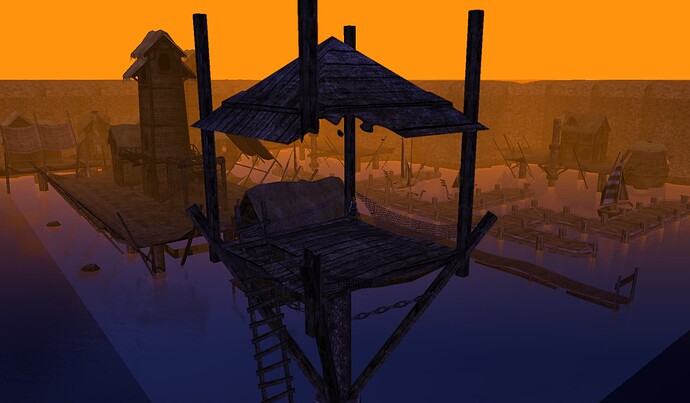 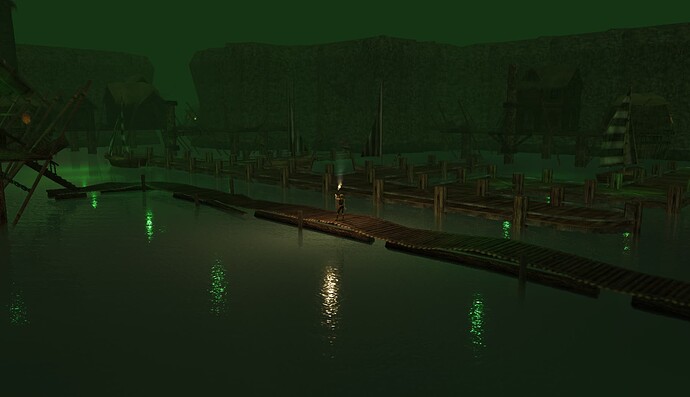 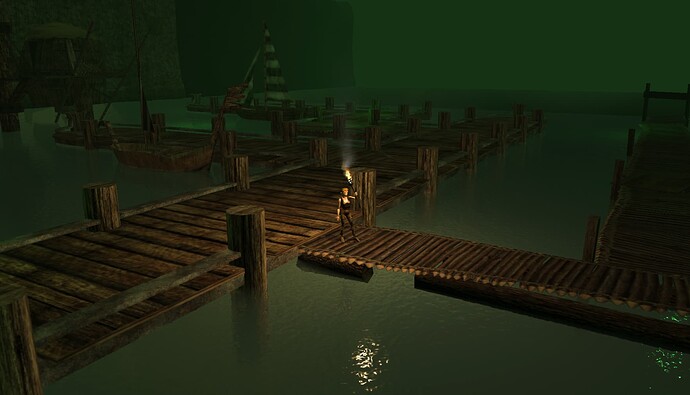 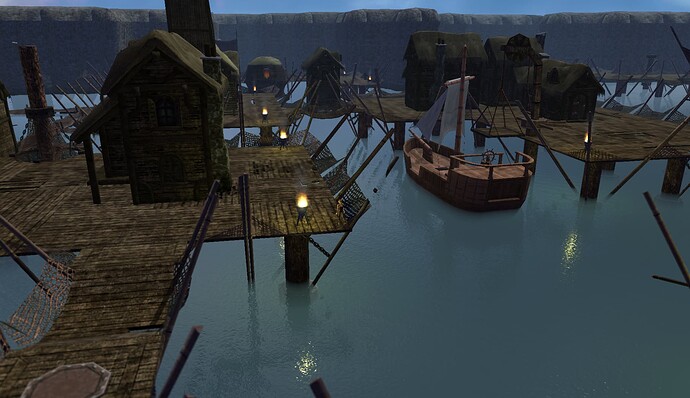 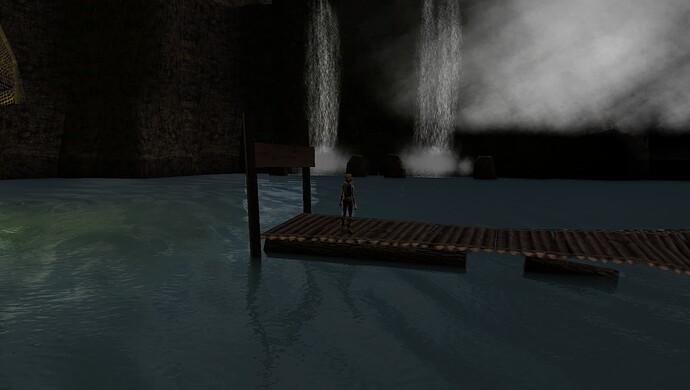 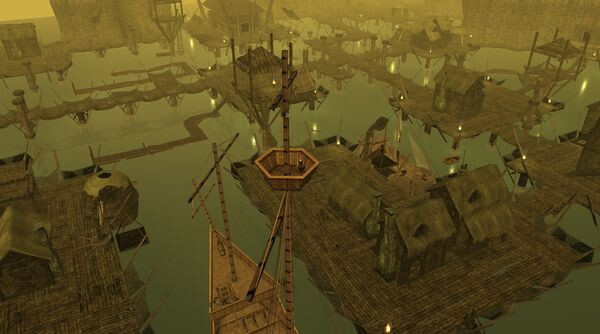 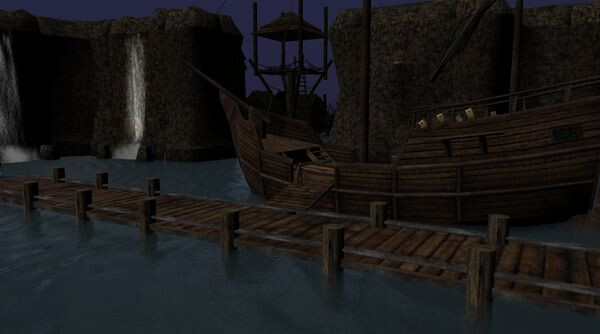 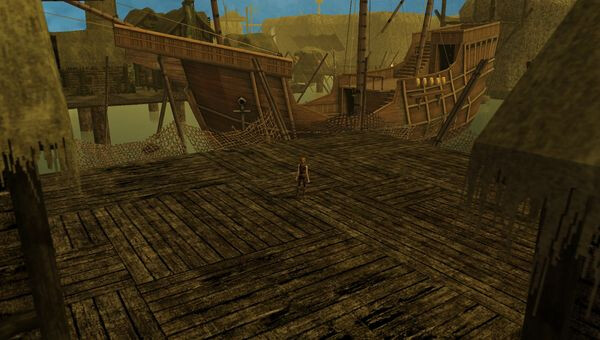 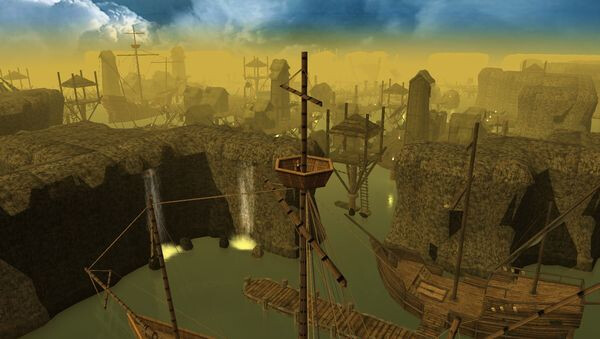 Especially after looking at the original tileset, this is really inspiring what you have been able to do. Bravo! 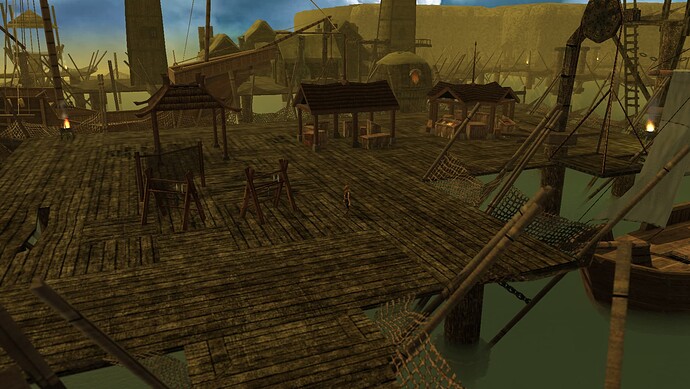 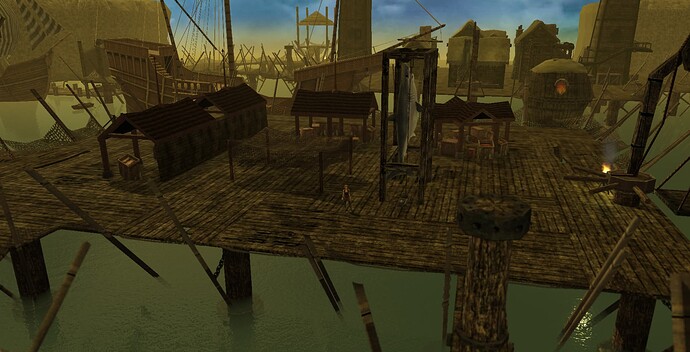 I am deeply in doubt, I do not know whether to make the special tiles of the groups or leave them simple tiles, my idea of a water village and that to recover space on the platforms all the buildings and things are close to each other, this creates problems with buildings and doors, markets that must be distant from each other, what do you think?
Can I leave them normal tiles even if it can take a long time to find what you want?