Hello, anyone interested in forming a team to create a Waterdeep PW?

I have a prefab to get us started
https://neverwintervault.org/project/nwn2/prefab/water-deep-city-splendors-pw-prefab

Unfortunately I have only seen this now.
But before I consider working for any PW, I would first like to know what ridiculous regulation the players will be coerced into.

I don’t want to be rude, but the design seems to be done by beginners with all the flaws that go with it. So I guess you have your answer just by looking at the screenshots…

Looks good to me, what really matters is who will host, what type of server will it be and yeah, as @Sean_Maxhell said, some PWs out there used to have some really stupid draconian rules that kill any type of willingess to contribute to such projects (let alone playing them at all).

Araine, I wish I had your experience in looking at a screenshot and judging it like that, you must be an excellent toolset user / server admin. I spent 3 or 4 days on it, and I’m not a scripter, Hak maker, and yes I am a beginner in many ways. I admit I have many faults. I wish I could know it all like you, but alas…

However I fail to see how you adding anything to the conversation is helpful in anyway other than proving you did indeed intend to be rude. So, I will in turn tell you to fuck the hell off… not to be rude.

Not looking to raise my head with all of this fireworks going off, but what about doing a city no one has touched yet. I know that TSR did a lot of work on its City System for Waterdeep but there’s others that haven’t been touched. Chaosium did a great job with Thieves World (maps, background, personages) and there’s Lankhmar by TSR. Just a thought.

Yes, Waterdeep is humongous. A city like Melvaunt on the Moon Sea could be a better target. It’s CE in alignment with a slave trade and plenty of crime, trade, and politics. 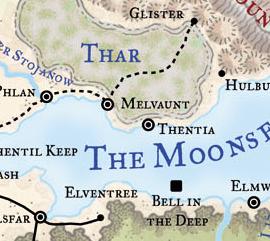 Melvaunt (pronounced:/ˈmɛlvɒnt/MELL-vont3) was a city that sat on the northern coast of the Moonsea, adjacent to Thar. It was a city of smithing and mercantile services, 4, as well as factories5 serving as the port of entry to many travelers coming...

When I recreated Baldur’s Gate and the different places in this region (Beregost, CandleKeep and so on …) it took me a while, effort and constant pressure from many players who always wanted more areas to explore. To the point where I din’t enjoy doing it anymore. If I remember right, jlf2n, the creator of the “Sword Coast Chronicles PW” quit his own work for the same reason. But I might be wrong.

Back then I had decided to adopt the miniature version of BG which had been made by Bioware for the 1998 game and not the official version on paper (which is huge).

Doing the official Waterdeep would be the equivalent of making the city of Montreal in all its details, not to mention the sewers and the direct Underdark below. At least it would be 5 B.G city all together to make it believable and have the feel of it.

In short, it’s a titanic job and I know what I’m talking about for those who know me a little bit.

Have a very nice day and take care.

IMHO there is no point of re-creating cities as they are described in books. You should rather take out the important buildings so people can recognize the city, and squeeze them into a handful of areas. This has the following advantages:

BTW I run a PW based on Waterdeep, but it’s in French and doesn’t follow very well the D&D lore

I totally agree with @CromFr . This is what @jlf2n did under Sword Coast Chronicles PW and what I did.

Good luck with your project, no matter how you go about it.

Have a very good day everyone. 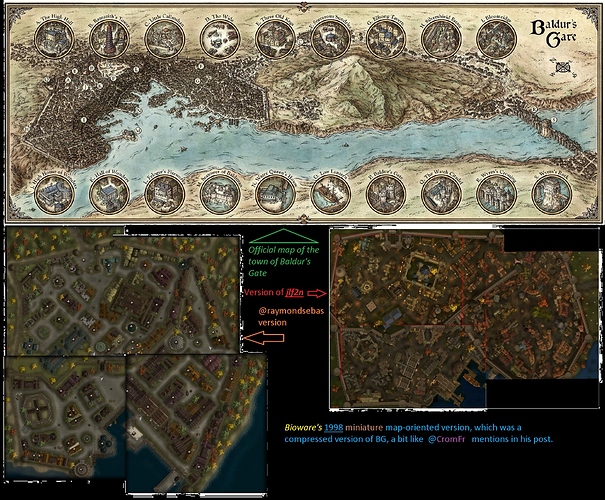 I don’t get it, you build the areas of SCC PW?

No, it was a different PW, but also based on the Baldur’s Gate area.

What other PW? Does it still exist?

It’s too bad such efforts couldn’t be posted to the Vault. Ah well.

What efforts?
Most of my stuff is available on the nVault and some things from jlf2n as well.
Have a great day.