Got of the rails for a week or two, but now I’m now back on track. This is one of the NPC’s you’ll meet - he’s got a slight problem getting home… 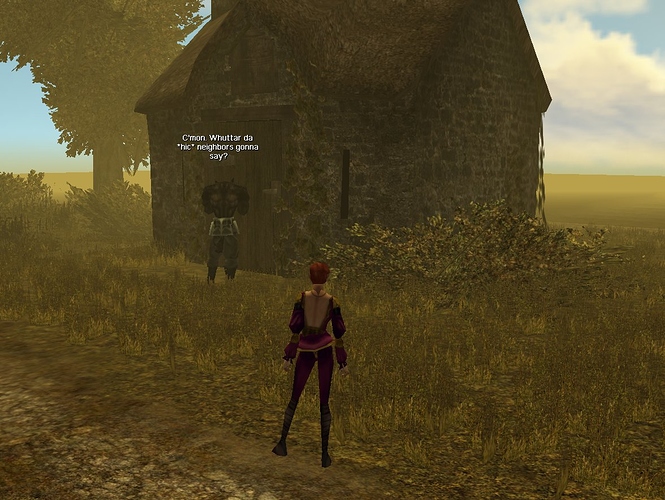 That’s Q Castle Exterior, which incorporated Wildwoods (the cottage is from Wildwoods). I’ve using a lite version of the Q haks, which dumps all the content I’ll never use (and there’s a lot of it). The NPC is the Q Werewolf upper body dropped onto the lower body of the Hound Archon. I needed a model that didn’t look 100% like a creature out to tear the PC to pieces.

Yes, the oversized look of the upper body is intentional. 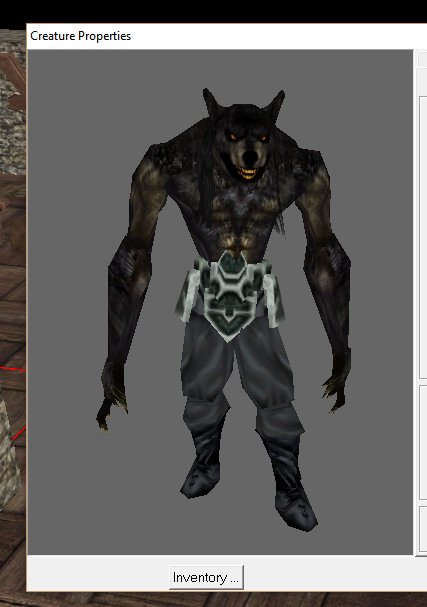 Fresh from the kitchen…new weapons:

First up is the dreaded chicken (club). Since rubber hasn’t been invented yet, they had to settle for the next best thing…a dead chicken! 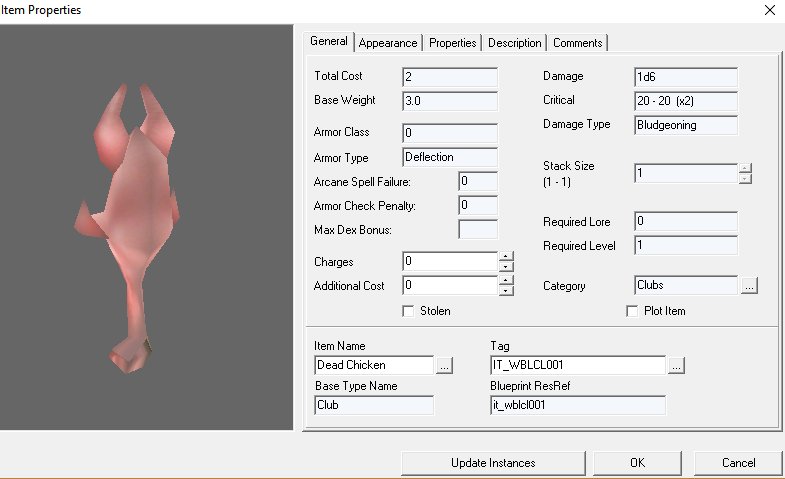 Next up, a meat cleaver (hand axe). 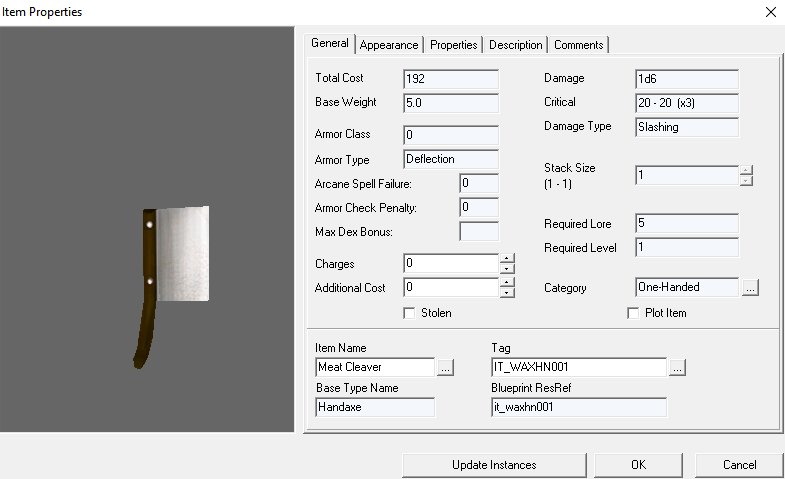 Both are ripped from the CODI Kitchen Dretch.

The Dreaded Dead Chicken Club. I love it.

The Mysterious Cave. One of the first encounter areas you’ll come across. All of the placeables are either new ones I’ve made or reworks/upgrades of ones I did for Project Q. I’ve reverted back to BioWare textures whenever possible (part of the prep work for converting it over to NWN EE when the time comes). 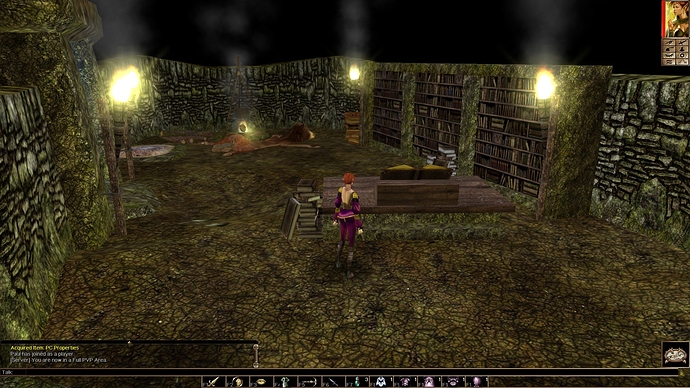 Pstemarie,weren’t you at one time doing a module for your kid ? (I could be mixing people up)
If yes, is this it still ?

Yes, it was a LAN module. This module is a derivative of that work, but without all the multi-player crap that was fairly well borked anyway. It was so bad that every time we played it was just easier for me to login as a DM and drop encounters and quests for them. 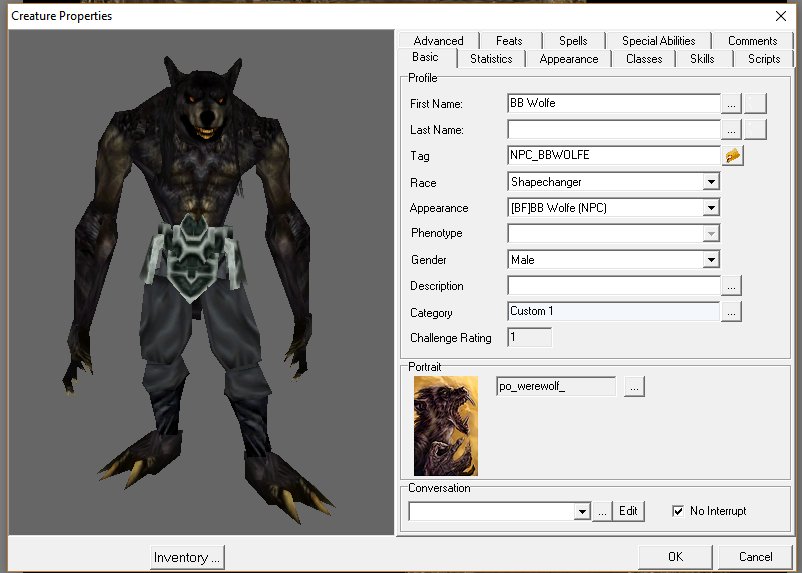