Bringing back Avernostra isn’t going to be easy. Between adjusting for EE, editing new 2da’s, and everything it is taking a while. However I also need to do a few things I wasn’t willing to do while the server was running. Also edit some stuff I wanted to do, but projects were still being worked on and updated a lot. Hence this: 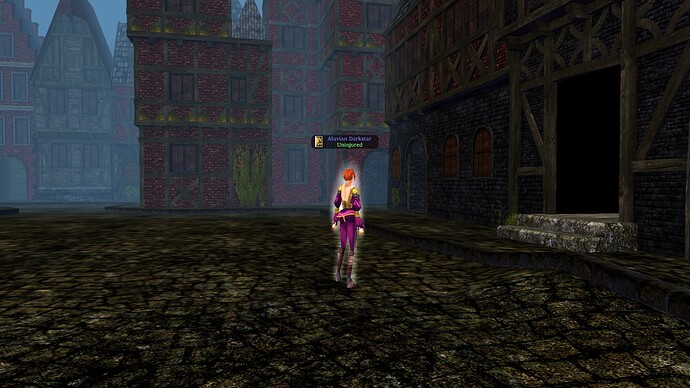 It’s something I’ve been wanting to do for awhile. Avernostra has an 1800’s like vibe. Though Medieval City has some perfect architecture for it, I’m working on a gothic victorian style. Like the RLCore Gothic Interior I reskinned years ago I wanted to do the same to Medieval City. However with expanding and working on the server along while it was operating I was never able to do much. After the accident and years in between I never got around to it. Last few days I’ve been taking a paintbrush to it, and with Zwerkules permission, will be uploading the finished product to the vault as both an override and a reskinning hak.

I appreciate comments, questions, and criticisms. Unless you’re a jerk about it. My taste is generally for richer, more saturated textures. High contrast. It’s not everyone’s cup of tea, nor do I expect everyone to love it, but I’m making this for me. 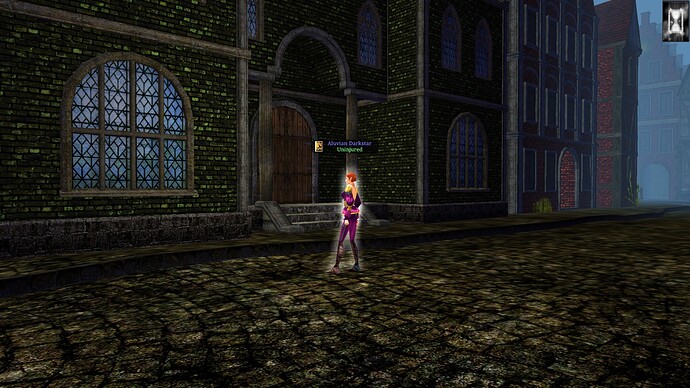 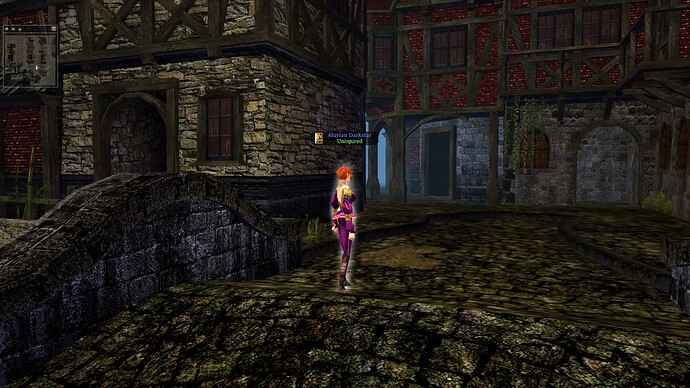 I really like it! I just wonder if you could add normal maps to make things look a bit more bumpy. I’ve noticed that normal maps and displacement maps make brick and cobble textures look really good, as long as you don’t make it look super shiny.

On art direction, I think having a bit more variation in the textures of the brick buildings would add a lot. Maybe have some brick textures that look more worn out, depending on the part of the 19th century you are thinking of, you could even have some buildings look blackened with coal smog.

I’m working on the base textures and getting them right before I move on to the special textures. It’ll be new for me.

I’m going to try and add more variation without editing any of the models for which textures they use. Unfortunately, tilesets often reference the same textures A LOT! This one is no exception.

One thing to remember if you intend to add PBR maps (aka “fancy maps”) is that they only work with uncompiled models.

One piece of advice, based on trying this out myself recently, is that I find ShaderMap4 seems to work for Fancy Maps of all the things I’ve found. Also be careful to add roughness maps, or adjust the shininess value on the secularity maps on ShaderMap, or you end up with everything looking super shiny.

And also, beware of the 16 character limit in hakpaks.

Tarot - Oooh… thank you for pointing that out. I’ll have to download the uncompiled models before I start doing that then. You may have just saved me hours of headaches.

Esoterik - I’ll look into that one. At least it’ll be an adventure! 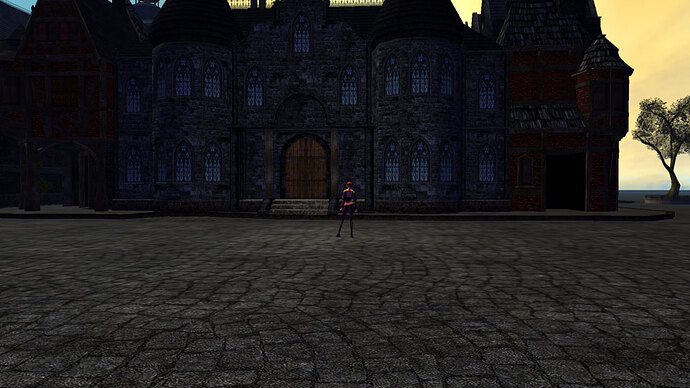 Shows the stone I am pretty sure to settle on for this one. Also changed the cobble texture. Not happy with the last one. This is much nicer. 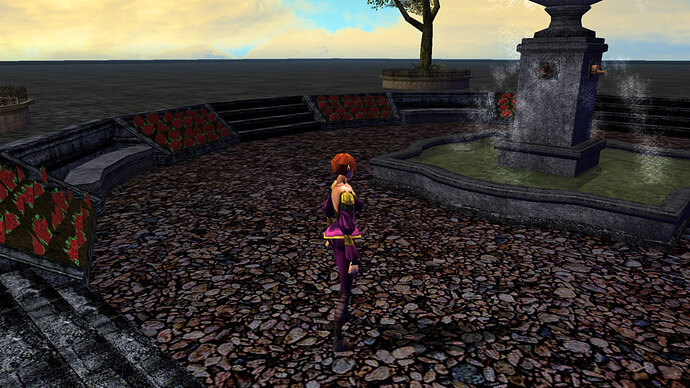 That… little… fountain meeting place thing. Replaced the flowers with roses. Might alter the texture again to be a little nicer. Not 100% on that gravel texture though. The rest turned out good. As for the grass and trees I’ve been pondering what to do. Originally I was going to kill the trees. Replace them with dead ones. I think that might be a big mistake though. This tileset merges right into Zwerk’s other work which includes the same textures. If I override the nature ones it might screw with his rural tileset or others. I’m planning on letting 90% of the nature textures just stay as is. 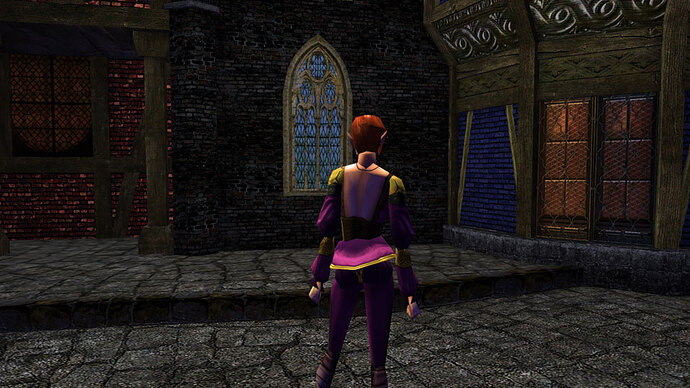 Showing the difference in the three major brick patterns/colors I chose. I might tone that blue down a little bit. 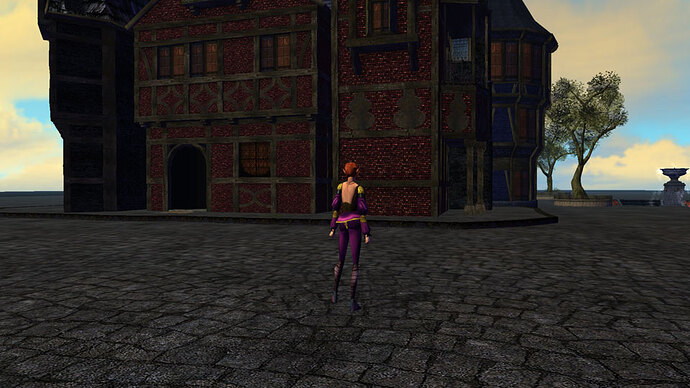 Nice wide building shot. I honestly am starting to really like the red brick. 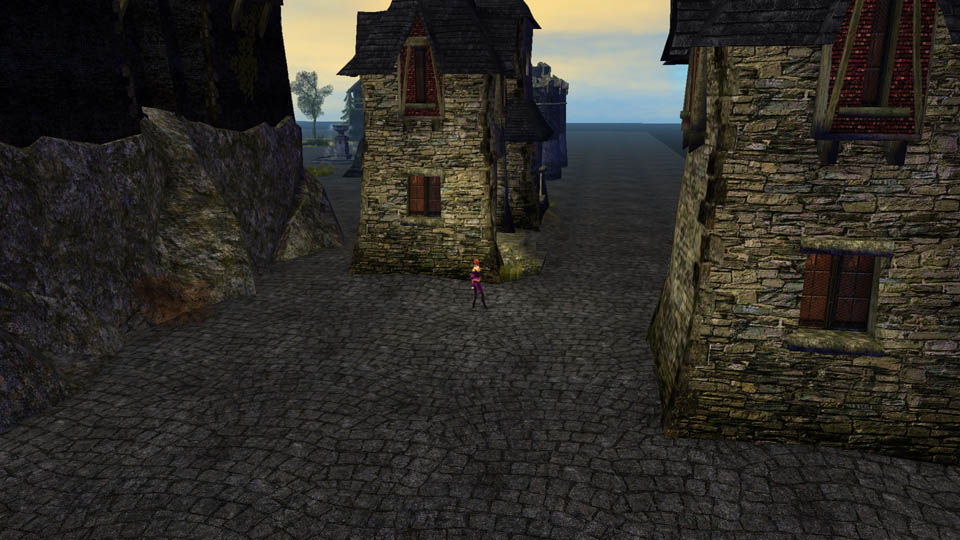 You can see attached to the side of some of the castle and tower meshes are these… dormers? I want to say dormers. Anyway. They reference the old plaster texture but look hella out of place here. Unfortunately, as I suspected, I’m not getting out of this one without some model editing to switch textures. Not a big deal, but kind of defeats the whole ‘Texture Replace’ piece. 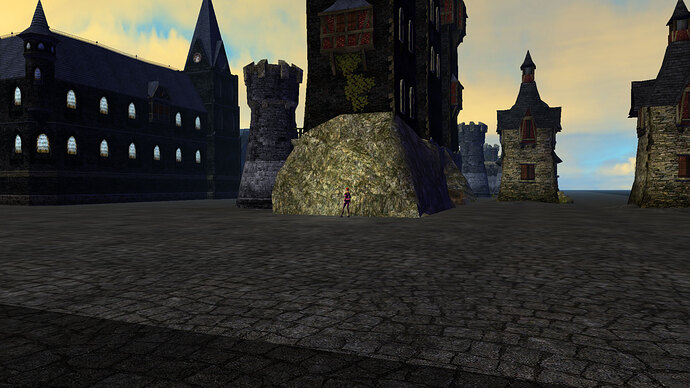 More of those red brick dormers. Might have to edit a lot of meshes.

So far I’m really liking it. For the gravel texture, it looks to me that it just needs to be shrunk down in size because the rocks look giant for gravel. I love the stone building, looks very Victorian.

For the trees, I wonder if it’s possible to draw on the Project Q trees, which look more bushy. The main issue with the trees from the tileset is they have too few planes. I’ve been trying out Pstemarie’s Dark Ages project retexture of the Rural Castle tileset where he did that, and the trees look much better.

One of the latest patches took care of that. It now works with compiled models, too. I admit, I haven’t tried it yet, but I trust Soren when he says it is so.

FWIW RLE compression of TGA files is supposed to be supported too but I can’t get out of the habit of unchecking that box when saving them. It would be nice if they doubled the character limit for filenames in a hak file. Well, we can hope… 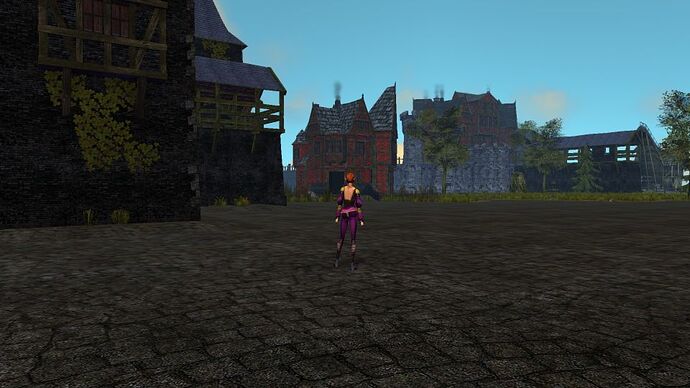 Coming together nicely. I’ve caught all the cells that needed to be edited. At least all I’ve found. Added a touch of brown to the cobblestone texture. Looks better. 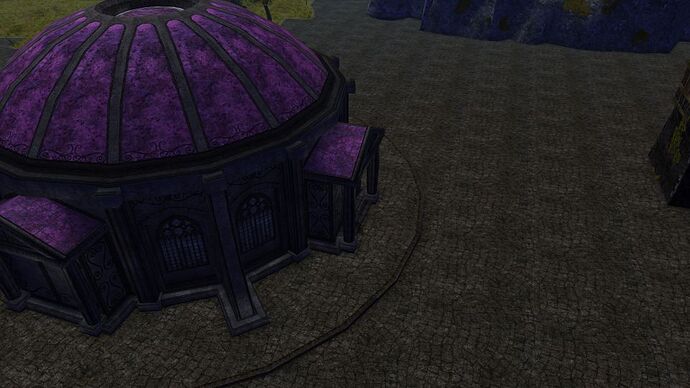 I love the temple mesh included, but changed it to more aesthetically match the rest of the tileset retex. I like purples, indigos, and the like. 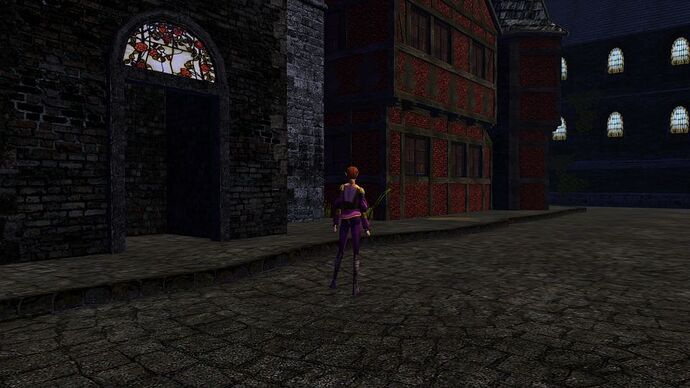 Changed that glass window to something more appropriate for Avernostra. 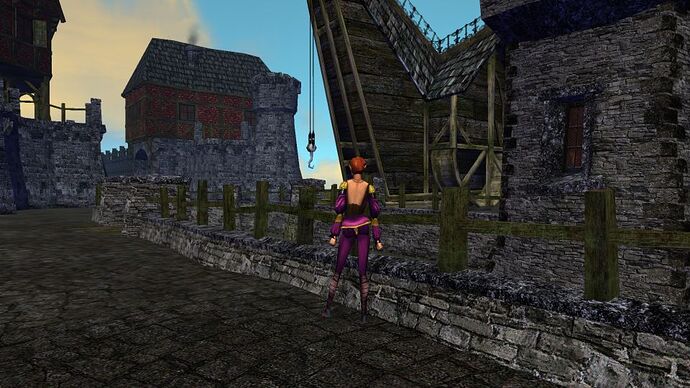 Wood has all been retextured.

It’s starting to look almost done as for the aesthetic. As for the nature textures I’m still uncomfortable changing those and mismatching them from the other tilesets as I do use them.

I’m going to plug the new textures into my hakpaks as a test and see what the server looks like with them. Hopefully it is what I wanted.

With that said I played a bit with normal and heightmaps. I seem to just be getting a plastic wrap like effect on everything. I then set shininess and specular scale to 0, and it appeared to remove any reflection from the texture in ShaderMap, but I still had the plastic wrap. Like I said I’m unfamiliar with these, but could use some advice.

I’ve encountered similar issues. I’ve been trying to solve it myself, but I’m also a noob to this and learning. I think the problem might be that the specular and shininess settings are not saved into the maps when we export them (I’ve noticed that only the display, not the maps, change when I’m editing those values). I’ve been working on updating head textures and models, and the best solution to this problem I’ve found so far is to set the specular setting in the MTR as a custom shader value. Of course, so far I’ve worked on heads, which are pretty uniform in texture so they don’t need variation in the values.

Another option might be editing the shadow, highlight, and brightness settings in the specular map. The issue there though is that it’s not so easy to figure out what the value should be with the material, which is unfortunate because the wiki has a good table with specular values for different materials.

Also I’m loving the look of the tileset so far!

Using textures from other tilesets without renaming them is bad. I don’t do that, so if you change textures for one tileset, they won’t affect other tilesets. It will just affect the placeables that were made specifically for the tileset, but if you use them you’ll probably want them to match your choice of textures anyway.

Esoterik - Thanks. I’ll play with it some more in a bit. For now I want to get the base textures done. Fanciness can come later.

Zwerkules - I’m glad to hear you renamed the textures too. My big concern isn’t changing something in another tileset, but it not matching between them. I sometimes use your rural tileset and the grass/trees are a match between that and the city. I don’t want people transitioning between tilesets and suddenly seeing dramatically diffferent grasses and trees.

And yeah, I know about the placeables. They look good and should match. I’m mostly struggling with the lantern right now. I’m not sure how much, if any, I want to change.